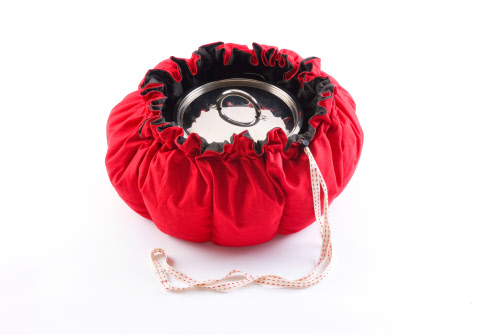 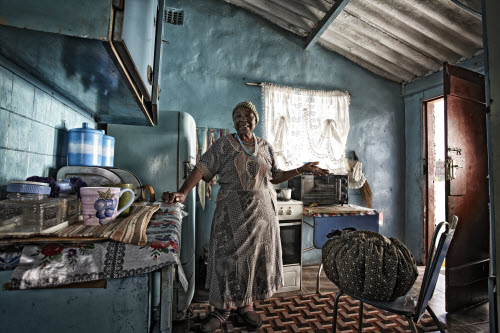 Remember the Wonderbag? I know – sounds like one of those “seen on TV” products, but, as we discovered last February, it’s actually a really useful piece of appropriate technology. A bag with polystyrene balls, it’s essentially an insulating blanket for cooking food: cook to the boiling point, and then wrap the pot in the bag so it can continue to cook without fuel. The product’s taken off in its native South Africa: Natural Balance, the company that created the Wonderbag, has sold 400,000 of them just within its own borders.

Like other clean cooking technologies, the Wonderbag addresses multiple problems associated with cooking in the developing world: it lessens the need for gathering fuel wood, drops the amount of indoor air pollution created by cooking fires, and lowers the amount of greenhouse gas emissions produced from this necessary activity. The first two are relatively easy to measure, but how do you assign a verifiable number to the carbon emissions avoided? This is important not only for the environmental impact, but also for the financial opportunities created through carbon credits (which have to have verifiable numbers attached to them, or they’re completely unreliable).

On Monday, Natural Balance announced it was bringing on a partner to help measure greenhouse gas reductions: Microsoft. The computing giant’s Eye on Earth program, which is housed in the Microsoft Azure Cloud, allows field workers to register Wonderbag purchases through mobile phones, and thus track the use (and CO2 savings) of each one (as well, of course, as the collective impact). The data will allow for the graphical mapping of information on the distribution of the product (as well as the carbon savings), and, eventually, create the potential for “complex carbon algorithms to further support Natural Balance’s carbon funding program.”

Yes: sounds like Microsoft’s promoting its own Google Earth-like technology. That’s cool: this data will be invaluable to Natural Balance as they use carbon credits to finance their scaling up of Wonderbag production. I see little not to like; if you think differently, let us know why.