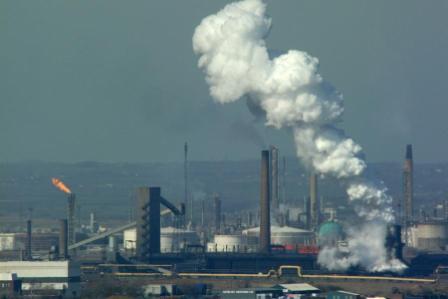 [Author’s Note: This is the first of a 2-part essay on this topic. Part 2 will be posted on Friday.]

The imperiled state of our planet seems to be growing more obvious by the day. It seems that a newfound ecological cognizance, if not Aldo Leopold’s “ecological conscience,” has been virtually enforced across the globe. (Sadly, America seems to be stuck at the back of class in so many ways….)

While I have tried diligently to educate myself on all fronts, mostly I am a very keen student of nature–whose classroom does not sit at the top of an ivory tower and to which everyone, every thing, is welcome. And nowadays, although the sunrises and sunsets often leave me speechless, and although the seasons still circle round me in their ancient dance, I feel as though the circle has become a downward spiral. I sense something suddenly happening in nature akin to what William Butler Yeats describes in “The Second Coming”:

Turning and turning in the widening gyre
The falcon cannot hear the falconer;
Things fall apart; the centre cannot hold;
Mere anarchy is loosed upon the world,
The blood-dimmed tide is loosed, and everywhere
The ceremony of innocence is drowned;
The best lack all conviction, while the worst
Are full of passionate intensity.1

I feel confident that many others share my sense of foreboding. I feel confident as well in thinking that, along with the sense of concern and noble intentions to support this planet motivating many of the most vocal advocates for action, there is an equal degree of frustration at the foundation of their efforts. Whether or not all of them would call themselves “environmentalists” per se, I bet that they feel some degree of anger when they see another SUV drive by, when they see smoke from coal fires belching out of power-plant smokestacks, when they hear about the selling of land by the government to fossil-fuel development or who knows what else, when one group of “experts” issues a report on the environment that is immediately contradicted by another group of “experts”….

So a vast number of individuals may feel as much frustration and disgust with our lawmakers and executives as they do a heartfelt desire to heal the Earth.

But these same motivating passions and energies also lead to what, as I said way back in my very first blog posting (“Myths of Environmentalism”), I think is the worst, indeed the true, pollution that is raising the heat on all forms of life and is killing our planet. The fumes from tailpipes and smokestacks, the toxic chemicals dumped into rivers and on the soil, are only one form that the true pollution takes. And I am sad to say that so often those who spew this pollution are those who are most deeply and actively concerned about the planet–environmentalists, nature-lovers, animal-lovers, tree-huggers, whatever label they go by or receive.

What I am suggesting is that the worst pollution is the pollution produced by our minds when they are filled with hatred, anger, and bitterness towards others. This is so, I believe, because the mind is the key determinant in every aspect of our lives, individual and collective. The Buddha makes this point clear in the opening verses of the Dhammapada:

And those wheels of one person’s cart also leave ruts on the path that can trip up other travelers on their journeys.