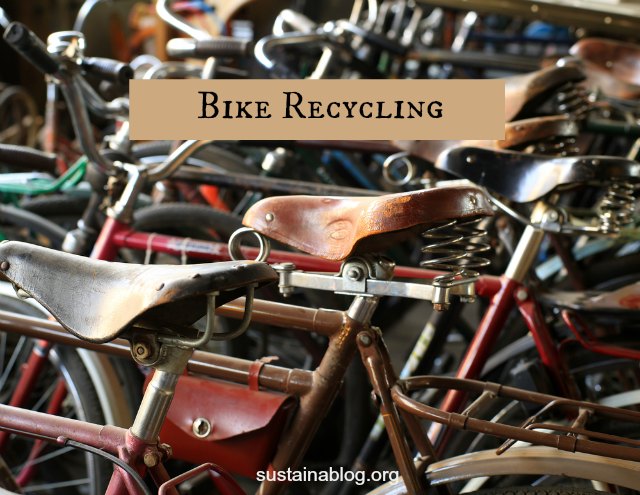 As we’ve discussed before, there are many organizations around the world recycling, upcycling, or otherwise putting good used bicycles into the hands of those who’d use them… but can’t necessarily afford a new one. But what if you just want to buy a used bike? Well, you could go on Craigslist… or, you could go to Charicycles, a Dubai-based startup that recycles bikes into customized transportation.

Founded by sisters Rania and Zaina Kanaan, the company was born out of the latter’s experiment with building her own bicycle out of spare parts. She told The National, “I wasn’t willing to pay a huge amount of money for a bike, especially if it wasn’t in the [color] I wanted… Over the Eid break, we used our parents’ balcony as a workshop and made an entirely new bike with our hands.”

The upcycled bike attracted lots of attention on the street, including the stylist of Bollywood superstar Anushka Sharma (who is now on billboards with a Charicycle). The sisters recognized the demand for custom sets of wheels, and opened Charicycle six months ago. Since then, they’ve built over 70 bikes, and seen business double. Most of the parts and frames come from Japan, which apparently has an abundance of used bikes. Any items that contribute to safety are purchased new; other parts, however, are reused from old bikes.

They’re not just in business to recycle bikes, though; they also want to make sure that children in challenging circumstances have access to the joy and freedom that comes with one’s own set of wheels. So, for every five bicycles they sell, they purchase one for a child in the refugee camp near Ramallah in their native Palestinian Territories.

Inspiring. Raina and Zaina note that this sort of repurposing of old bicycles is pretty unusual; if you do know of an organization or company doing similar work, though, tell us about them.