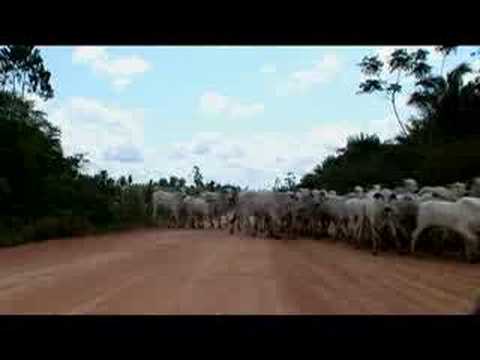 Next Wednesday night, March 25th, tune into HBO2’s premiere of the documentary They Killed Sister Dorothy at 8 pm if you want to begin to understand the violence and injustice that surrounds the destruction of the Amazon rainforest. If you aren’t going to be home, then set your Tivo.

I was fortunate enough to see Daniel Junge’s film last month at the City of the Angels Film Festival in Los Angeles. The documentary follows the aftermath of the murder of 73 year-old Sister Dorothy Stang, known as the Angel of the Amazon, a Catholic nun and rainforest activist shot in the back while trying to empower local communities to set up sustainable farms while fighting illegal logging and land grabs.

Junge read about the murder in the New York Times just after it happened in February 2005. He did some quick research and discovered that Dorothy’s brother David Stang lived in Junge’s hometown of Denver. He contacted Stang and after talking, Stang asked the filmmaker to come with him to Brazil 3 days later. When they arrived, it was just 10 days after Sister Dorothy’s murder.

Sister Dorothy first went to Brazil in 1967 and became an advocate of the poor and eventually, a naturalized citizen. Living in the lawless state of Para, she saw first hand the destruction, both to the rainforest and the people, of logging, ranching and misuse of land. She helped the poor communities organize around the Brazilian Sustainable Development Project, known as the PDS, to become stewards of the rainforest in return for land that they could farm. She worked with 600 families to manage 100 square miles of rainforest in a community they called Esperanza – hope.

Along the way, Sister Dorothy became a symbol of obstruction and frustration to loggers and ranchers who were claiming a portion of the PDS land for themselves. She was called a devil and an agent of North America by those who hated her and an angel by those who loved her. Dorothy wasn’t a liberation theologist or a left-wing liberal, however. As her brother Tom Stang explained at the screening, “Dorothy was a true daughter of the Catholic Church. She gave herself to save planet earth and the people she loved.”