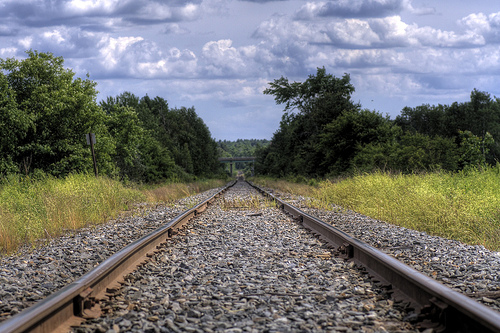 It’s widely understood that travel by train is perhaps the most eco-friendly way to get around, other than walking or biking. It’s certainly more efficient and less polluting than flying or driving a car. There are many travel calculators out there that will tell you exactly how much carbon you’ll be responsible for spewing into the atmosphere depending on your choice of travel, and all are in favor of the train. But what are the other benefits to taking the train, other than fewer carbon emissions?

Despite how much longer it takes to get anywhere on the train, there are many benefits to train travel other than reduced carbon emissions.

Every winter, I take the train from Illinois to New York to visit family. It is a two day journey. However, I never worry if my train is going to be delayed, or if I will be harassed by security officials. When I sit on the train, I can sleep and relax, and watch the sights. The whole experience is incredibly less tense than taking a flight. (Did I mention the seats are roomier on a train, too?)

Ultimately, the choice is yours. Consider the benefits of the train other than a smaller carbon footprint the next time you are traveling!

(Here in the US, passenger train travel is provided by Amtrak. Unfortunately, the US rail system is quite underdeveloped compared to those of other countries — Japan, and all over Europe, especially — but most major cities are served by Amtrak. Check out Amtrak’s website for route information and price details. They typically have special deals advertised on their website, so you may find that your travel is discounted, as well.)