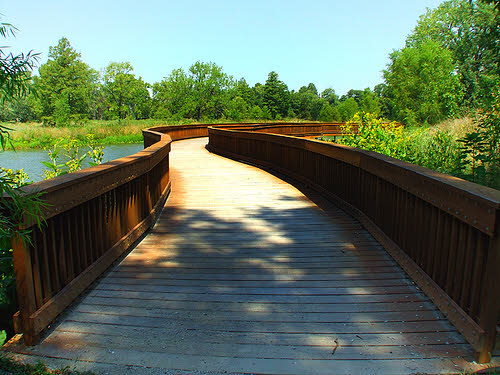 How many parks does your city have? Can anyone get to them? Are they well maintained? These are some of the questions asked by the Trust for Public Land in their recent ParkScore study.

The study examines the nation’s forty largest cities and assigns each a ParkScore based on three criteria: Acreage, Service and Investment, and Access. The Acreage portion of the score is based on the median park size and park acres as a percentage of the total city area. Service and Investment takes into account city spending on parks per resident and playgrounds per 10,000 residents. Lastly the Access score is determined by the percentage of the population living within a ten minute walk of a public park.

In the Southwest the best park city was Albuquerque, New Mexico at spot 11 with a score of 65. In the Northeast, Boston tied with quasi-green New York at number 3 and scored 72.5. The next best East Coast city was Washington D.C. at number 5. The Midwest was won by Chicago at spot 14. Atlanta took the top spot at 26 for the South and Appalachian regions.

According to the Trust for Public Land, parks are essential to physical and mental wellbeing as well as the overall health of the community. The study was conducted, it says, as a means of educating individuals about parks in their community and others. In particular, it wants to reach out to community planners and other urban development professionals as a resource for assessing their communities’ park assets and weaknesses. In theory, what one city does right can be emulated elsewhere and what another city does wrong can be avoided.

Hopefully the plan works and we can all enjoy cleaner, greener spaces for years to come. To find out where your city ranks, check out parkscore.tpl.org.