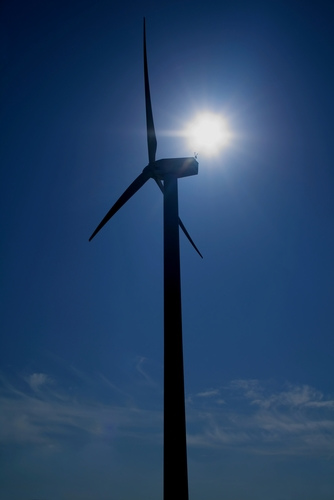 A report commissioned by the United Nations Environment Programme (UNEP) says that renewable energy is making a difference in the fight against global warming and that we need more of it. In fact, renewable energy is the best way to cut carbon dioxide (CO2) emissions.

At least 56 nations have policies that promote renewable energy and 44 countries, states, and provinces have requirements that a certain portion of their energy must come from renewable sources.

All told, the Renewables 2007: Global Status Report found that renewable energy continued its double-digit growth in 2007 and that more than 5 gigatons (5 billion tons) of CO2 were avoided. By the end of this year, investment in wind power, solar power, and other technologies should surpass $100 billion.

Wind power receives the largest share of that investment, beating out large hydropower.

So how to do we keep this momentum going? While renewable energy may have moved from an “alternative” source into mainstream use, Mohamed El Ashry, head of the global policy network REN21 that produced the report with the WorldWatch Institute, said that policymakers can do more:

“[Renewable energy] growth is being driven by policies to promote renewable energy, which have mushroomed over the past few years. What’s needed now are binding targets in an international agreement to establish policies that can rapidly accelerate the large-scale deployment of renewable energy to replace fossil fuels.”

Unlike the promises of future technologies like “cleaner” coal or mainstream carbon sequestration, renewable energy is the best option to mitigate global warming because it is here, now, and making an impact. The UNEP reports that the costs of renewable energy will continue to decline and that the clean energy sector is an avenue to economic development, energy security, local environmental benefits, and a global warming solution.