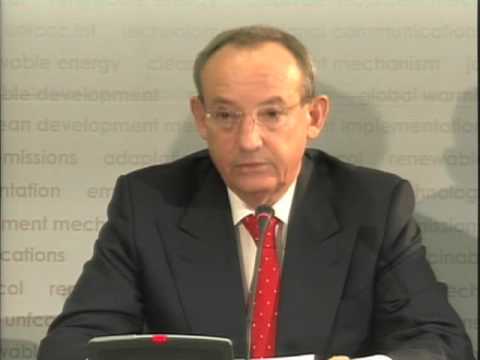 Speaking at a press conference from Bonn last week, UNFCCC Executive Secretary Yvo de Boer conveyed a message of “what can and must be achieved” at the COP15 climate change conference that soon gets underway in Copenhagen. Referring to the urgency of the growing climate crisis, de Boer said there was no plan “B” for the conference, only plan “A” – for “action.”

Spelling out the specifics of his plan of action, de Boer touched on three key points as elements of success for Copenhagen:

Last week saw movement from both China and the US in at least some of these areas. The White House confirmed that president Obama intends on participating in the climate talks, bringing with him firm mitigation targets. China followed with a pledge of cuts in “carbon intensity” over the next decade. While neither country offers the degree of commitment considered necessary, any movement is a positive step that can spur further action and perhaps real progress.

“The US commitment to specific, mid-term emission cut targets and China’s commitment to specific action on energy efficiency can unlock two of the last doors to a comprehensive agreement,” said de Boer. “Let there be no doubt that we need continued strong ambition and leadership. In particular, we still await clarity from industrialised nations on the provision of large-scale finance to developing countries for immediate and long-term climate action.”