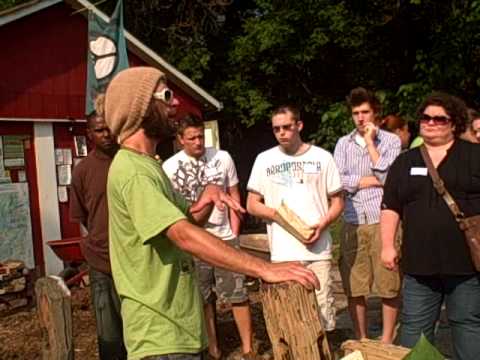 As we noted in our series on urban agriculture in the United States, many in struggling cities see small scale food production on city lots as a way to provide both economic and social benefits to communities desperately in need of both. Over at SUNfiltered, though, I’ve taken a look at a couple of cases where unusual gardening got people in trouble – one Michigan woman was even threatened with jail time for her front-yard garden.

Yep, city codes are still catching up in many places (as is often the case). In Flint, Michigan, however, the city’s not merely staying out of the way; they’re actively supporting a growing urban farming movement within the city. Partnering with Michigan State University, Flint is in the process of developing “a strategic plan for urban agriculture… including improving inner-city access to fresh produce and identifying proper zoning policies for urban gardens.” 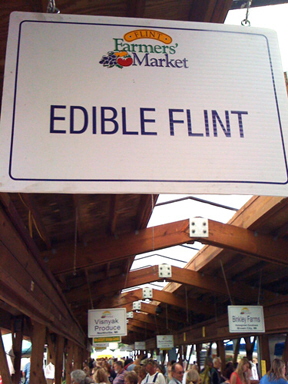 Flint, as you may well know, has been a bit of an economic and social basket case for several decades: if you haven’t learned about this from Michael Moore’s films (he’s a native), you may have seen the city’s frequent listing as one of the worst place in the country to live. This is a town desperately in need of fresh ideas for removing its reputation as the poster child for the Rust Belt. As in Detroit, Kansas City, and Baltimore, groups of local residents have seized on urban agriculture as one way to build some hope and opportunity in the city. A grower’s co-op, edible flint, has even sprouted to bring food from these urban gardens to the city’s farmers market. The concept seems to be moving in the right direction: “In 2010, edible flint brought 1,713 pounds of food to the market with total sales over $1,608.” These efforts are also creating jobs for young people in the city: Baker College has supported summer jobs in these urban fields through its youth employment program, and federal Community Block Grant funds have also paid for workers.

Flint’s effort aren’t as far along as some of the other cities we’ve mentioned, but the cooperation of non-profits, local government, and academic institutions in these efforts strikes me as really promising. At the very least, no one’s going to get hassled by inspectors… Check out the video above for some scenes from last year’s garden tour.

Know more about the urban agriculture scene in Flint? Share it with us…