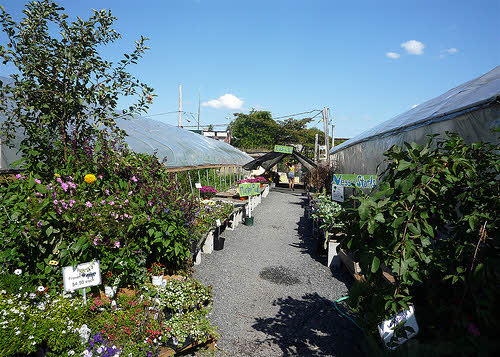 Can small scale, urban farming feed the world… or even provide a significant portion of the food needed for local residents? I don’t know… I do know you’ll find different perspectives on that question right here on the pages of sustainablog. Regardless, urban agriculture does create a number of benefits, particularly in economically disadvantaged neighborhoods: it addresses the presence of “food deserts” (or areas lacking ready access to fresh fruits and vegetables), makes productive use of blighted property, and creates centers of pride and empowerment in distressed communities. They could even create some economic activity around the cultivation and sale of the produce grown.

I think those benefits make urban agriculture a worthy effort… and I’m clearly not alone in this sentiment. You may have already heard of some of the most successful efforts at inner city revitalization through gardening and small-scale farming: Will Allen‘s Growing Power in Milwaukee, for instance, has received a ton of attention. But urban farms are popping up all across the United States… and the continued economic doldrums likely mean that we’ll continue to see this trend grow.

Over the next few days, I’ll cover some of those urban farming success stories popping up in seemingly unlikely places. The cities on my list right now are:

If you know of other cities that deserve coverage, let me know. We’ll also take a look at some of the job & entrepreneurship opportunities created by urban food production in a separate post.

Look for the first post in this series later today…