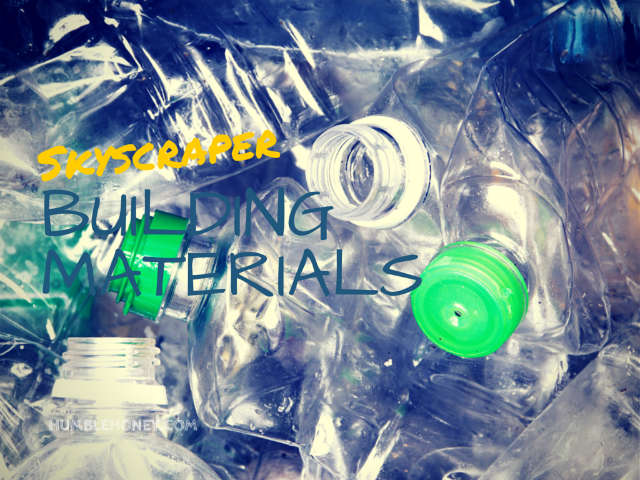 The idea of feeding on one’s own waste is pretty gross, right? Actually, it’s pretty natural: wastes from all organisms break down organic compounds that, in turn, feed the soil, and the plants, from which our nourishment comes. The French architectural firm Chartier-Corbasson has used this “organic” metaphor to conceptualize a building that builds itself: the London Organic Skyscraper.

A “special mention” winner at the 2014 SuperSkyScrapers competition, the London Organic Skyscraper “grows” as it’s built, over time, from panels made from plastic waste from current residents. The collection and separation of materials, as well as the fabrication of the panels, would all take place within the building itself. According to Jetson Green, the architects figure that the amount of plastic waste generated in a year’s time would be enough to finish the building’s facade.

As the building’s in a long-term state of “under construction,” a simple, prefabricated form of scaffolding, based on Asian-style bamboo scaffolds, would be incorporated into the building itself. The hollow tubes that make up the scaffolding would contain small wind tubrines that would generate electricity for the building’s residents.

While apartments take up the largest part of the building’s floor space, the designers have incorporated community features, such as “gyms, landings, lobbies, restaurants, bars, [and] conference rooms…” No doubt the idea of contributing to the building of the space would also give residents a special sense of “ownership” of the skyscraper – this is probably a great plan for ensuring long-term tenants!

Take a look at some of the architect’s drawings below, and then let us know what you think. Is this a viable concept? Is it a smart way to deal with one particularly challenging waste stream (plastics)?