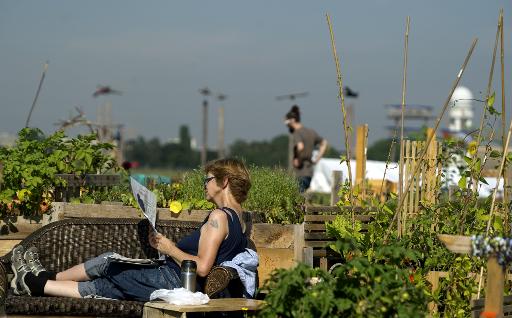 A couple of years ago, I came across a really cool development: Berlin’s Tempelhof Airport, the site of the Berlin airlift in the late 40s, was being turned into an urban gardening hotspot. German gardeners were reaching back to the Middle Ages for systems of dividing up land for cultivation by urbanites wanting to get their hands dirty.

It turns out this desire wasn’t limited to out-of-service airports: Berliners are taking over all sorts of city spaces, from apartment balconies to supermarket roofs, and turning them into gardens. The article below from AFP digs into this phenomenon, and the methods Germans are using to bring fresh food to city neighborhoods.

Have you seen or otherwise experienced community gardening in Berlin? What about other parts of Europe? Share your stories with us in the comments.

Tomatoes, veggies and herbs are sprouting from Berlin parks, a shopping mall rooftop and even a former airfield in community gardens that pioneer farmers say add green spice to urban life. Perhaps the best-known city gardens are on the former Tempelhof…