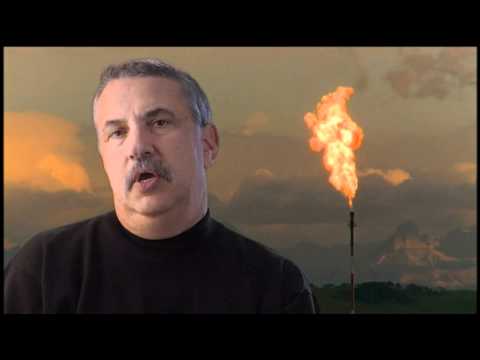 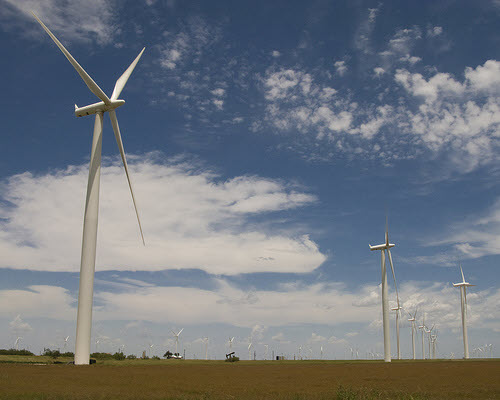 A new picture is emerging in the U.S. power sector. In 2007, electricity generation from coal peaked, dropping by close to 4 percent annually between 2007 and 2011. Over the same time period, nuclear generation fell slightly, while natural gas-fired electricity grew by some 3 percent annually and hydropower by 7 percent. Meanwhile, wind-generated electricity grew by a whopping 36 percent each year. Multiple factors underlie this nascent shift in U.S. electricity production, including the global recession, increasing energy efficiency, and more economically recoverable domestic natural gas. But ultimately it is the increasing attractiveness of wind as an energy source that will drive it into prominence. 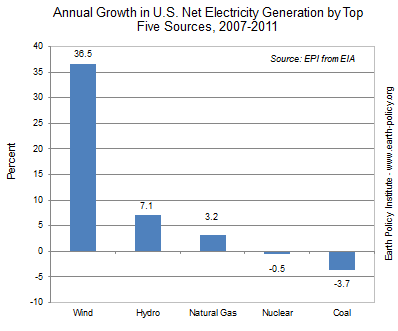 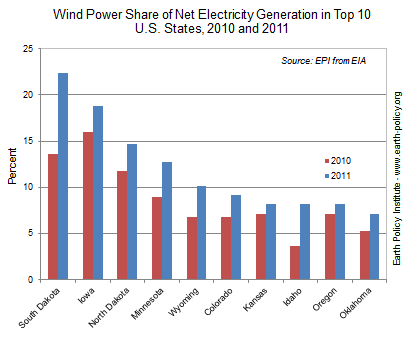 The two most populous U.S. states are also harnessing more of their wind resources. While adding more than 900 megawatts of new wind farms in 2011 to its existing 3,000-megawatt wind capacity, California was able to increase its wind electricity share from 3 to 4 percent. Texas has the most wind installations of all the states, with 10,400 megawatts. In fact, if Texas were a country, it would rank sixth in the world for total wind capacity. Figures from the Electric Reliability Council of Texas (ERCOT), the independent service operator that delivers 85 percent of the state’s electricity, show that wind’s share of electricity in the ERCOT region jumped from 2.9 percent in 2007 to 8.5 percent in 2011. 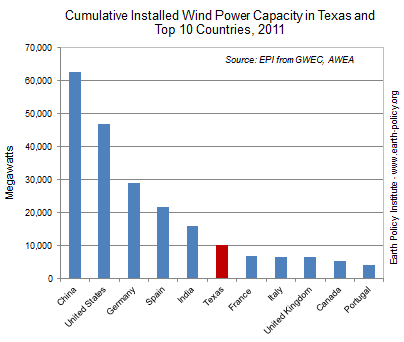 Even though the cost of generating electricity from the wind has fallen substantially, certain policies have been needed to help it compete with the longtime support and lack of full-cost accounting for fossil fuels. Through so-called renewable portfolio standards (RPS), 29 states now require a percentage of utilities’ electricity to come from renewables by a certain date. This includes 8 of the top 10 states in total installed wind power capacity. For example, California’s RPS requires one third of the state’s electricity to come from renewable sources by 2020. But the biggest policy driver of U.S. wind power growth thus far has been the federal production tax credit (PTC) for each kilowatt-hour of electricity a wind turbine generates. When Congress has allowed the PTC to expire, as it is scheduled to do again at the end of 2012, wind installations in the following year have plummeted. 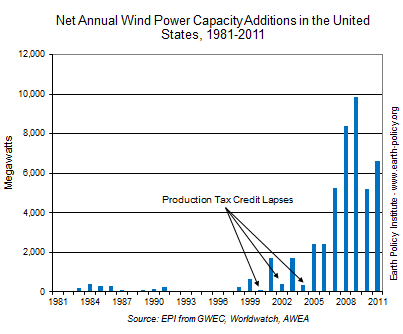 In the short term, extending the PTC will be critical for the U.S. wind industry, which boasts more than 400 turbine component manufacturers and employs some 75,000 people. Ultimately, moving away from the recurring boom-bust threat by establishing a national RPS or a carbon tax would encourage even greater manufacturing growth and wind installations.

In a country where wind resources could power the entire economy, there is still great potential to be realized. Four states in northern Germany have set the mark, with each getting more than 40 percent of their electricity from the wind. Which U.S. state will get there first?

For more information and data on wind energy in the United States and around the world, see Earth Policy Institute’s Wind Indicator, “World Wind Power Climbs to New Record in 2011,” at www.earth-policy.org.