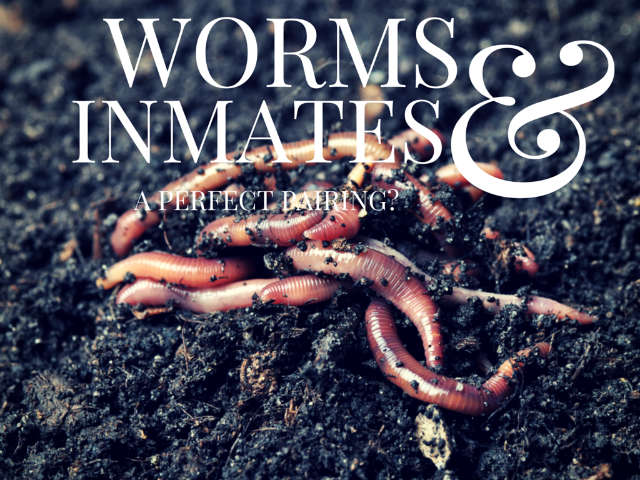 As we’ve seen before, Washington state prisons are setting the standard for preparing inmates for the green economy: gardening and prairie restoration are among the options available to some prisoners while serving their time.  At the Washington State Reformatory in Monroe, they’ve got yet another option: vermicomposting. What makes this program even more unique is that it came out of the prison itself: a (now-retired) guard and a few inmates took the first steps to compost food scraps with red wigglers back in 2010. What started as an idea with 200 red wigglers is now a commercial-scale composting operation saving the prison thousands of dollars a year.

As The Herald of Everett, Washington, notes, unusual programming means struggling with the prison bureaucracy – just imagine uttering the word “vermicomposting” to a prison warden – so inmates made do with what they had available to get equipment in place.  According to writer Amy Nile, “Laundry detergent containers were turned into worm breeding cases. The garden beds were made from old mattress cases. The compost bins, which retail for about $5,000 each, were made from scrap wood and old food carts.” One of the program’s attractions now for other institutions is the low cost: with prisoners providing labor, as well as making their own equipment, prison worm composting doesn’t require much of a budget.

It does, however, save the institution money (another attraction for other prisons): Nile notes food waste disposal savings alone of over $7,800. The compost and compost tea itself goes on the Reformatory’s garden (which supplies produce to the kitchen), or is shared with other government institutions: the town of Monroe, for instance, uses worm tea from the program, which saves it some money.

All of these economic incentives help insure that the program stays in place; perhaps most importantly, though, it provides inmates with an opportunity to develop work skills in a growing field. Organic plant care isn’t going anywhere, so providing prisoners with work experience helps insure they’ll find employment after their sentence is up. Some of them can even claim writing and research skills, as inmates wrote the program guidebook.

I’m impressed – seems like a low-cost way to provide genuine rehabilitation. Know of similar programs in other places? Let us know about them in the comments…