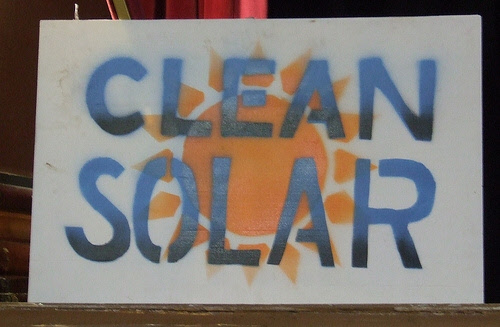 The amount of money Victorian solar panel owners get paid for selling their excess electricity back to their energy retailer could be slashed if a draft report by the Victorian Competition and Efficiency Commission (VCEC) is any indication.

The draft report, released in May this year recommends cutting the current Feed-in Tariff from 25c/kWh (currently one of the best rates in Australia) to between 6 – 8c/kWh. That’s a 76% decrease and has seen solar installation companies express concern about the futire of the industry.

Earlier this month, the Queensland Government axed its Feed-In Tariff rate of 44c/kWh down to 8c/kWh. It went from being the best rate in the country to one of the worst. News of the decision caused an extra 100,000 people to lodge applications to lock in the 44c/kWh rate provided they install a solar system before July 9 2013.

The Queensland solar industry said they were worried about the long term growth as a result of lower Feed-In Tariffs and expects many smaller solar installation companies to close down their businesses and begin laying-off staff.

Feed-In Tariffs were introduced by all Australian state governments as a way of stimulating the solar industry and encouraging people to make the switch to renewable energy. The tariff rates vary from state to state but many solar system owners, since receiving the tariff have either not had an electricity bill or even seen a credit on their quarterly statements from their energy retailers.

Now, the Victorian solar industry fears job cuts and business closures due to the initial draft recommendations. And it seems they have every reason to according to analysis by the peak renewable energy body, the Clean Energy Council (CEC), with acting CEO Kane Thornton saying the decision by the Queensland Government is expected to cost around 4500 jobs saying at the time: “It is appropriate that the Queensland government reduces the level of its support scheme … (but) this kind of sudden drop could have a serious negative impact on an industry that has been delivering major economic benefits to the state”.

While submissions from the solar industry and other key stakeholders are being considered by VCEC before they hand in their final report to the Victorian Government on July 27, it remains to be seen whether there will be an adjustment to the recommended tariff rate. Currently, Victorians who install a solar system less than 5 kW capacity can sign up for the Transitional Feed-In Tariff to guarantee the current rate of 25c/kWh up until the end of 2016.

Jamie Press writes for Solar Market, a website offering unbiased and independent advice for anyone looking to move to solar electricity. They can also provide 3 free quotes from CEC accredited solar installers across Australia.