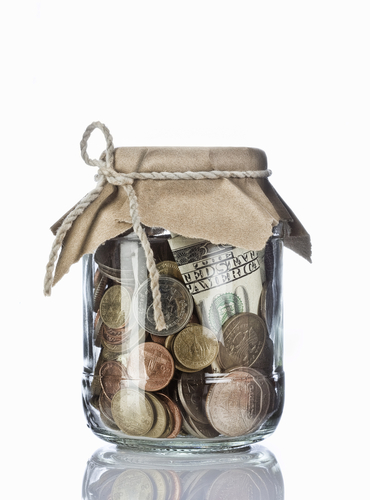 In September 2009, I took on a little experiment: I wanted to go a whole month without spending any money.  I would pay my bills as usual, but that’s it.  For food, I was fortunate to live in a community where I exchanged a few hours of labor each week for my meals, so that part took care of itself.  Most people who take on a challenge like this (see another example on MSN) allow themselves to buy groceries as normal, or stock up on dry goods beforehand and then limit shopping to perishables such as vegetables and dairy.  The important thing is to deliberately create a sense of scarcity, and turn your life into a bit of a never-ending scavenger hunt.  It’s more fun than you might believe.

Within a day of starting the experiment, my outlook had changed in many ways.  Once the no-spending rule was imposed, my brain happily lept up to the challenge of finding alternate solutions.  I biked to work every day, saving my car and half-tank of gas for emergency use only.  I had planned to buy a new bike light, but instead I looked through my drawers and found about four different flashlights, and on the ride into work that morning, I brainstormed different ways of attaching one of the lights to my handlebars.  I found myself creating a mental list of supplies I might use.  I could find some bailing wire in the garage… there’s some duct tape in my tub of camping supplies… I could ask Chris if there’s any extra hose clamps lying around…  This was exciting.  I decided to use wire to make a little mount that I could clip my headlamp into, and then refined the design over the next few days.

When other projects or needs came up, I spent time pawing through our garage and workshop to find little spare parts that might be repurposed.  I went to the library instead of the bookstore.  I borrowed from friends.  The best part was that all of this felt like a game.  Every time I found a way to solve a problem, within the constraint of not spending a single penny, I got a little bolt of satisfaction and pride.  The money-free solution felt better.

Voluntary Simplicity: what it is, and why it matters

There is a large and well-established movement around simplifying and downsizing our complex modern lives.  The term “voluntary simplicity” was coined by Richard Gregg in 1936, and later in the century the movement was popularized and canonized by authors such as Duane Elgin (Voluntary Simplicity, Promise Ahead) and Vicki Robin (Your Money or Your Life).  Especially given today’s still-sickly economic situation, there’s never been a better time to look at how you might get more of what you want – happiness, satisfaction, health, fun, and time with your family and friends – while spending less money than ever.  By cutting down on clutter, obligations, expenses, and distractions, you can do much to re-focus your life around what you truly value, and what truly makes you happy.

Duane Elgin writes a regular column for the Huffington Post, and last week he highlighted some key aspects of voluntary simplicity, and allayed some common fears.  You don’t have to move out into the woods and live a drab, impoverished life.  To the contrary, people who practice some level of voluntary simplicity have more stable finances, more time for friends, hobbies, and leisure, and generally report improved overall well-being.  The operative word here is voluntary.  You give up what you want to give up – the stuff that you know isn’t helping you anyways.  The practice is simply to look carefully at each expense, obligation, and project on your list, and then ask which of those you might happily give up.  The only rules are the ones you choose to make for yourself; everyone who practices voluntary simplicity has their own version.

I did end up spending some money during my month-long challenge.  On the 8th, I bought a replacement gas cap for my car, to stop fuel from evaporating from the tank.  On the 13th, I donated 10 dollars to hear one of my favorite spiritual teachers give a talk at a local venue.  On the 24th, I walked to a health-food store and bought lemon juice and honey to nurse my sore throat.  And on the 25th, I paid for a haircut so that I could look decent at work.  That’s it.  That’s all I spent.  For the most part, I didn’t miss being able to spend money.  I still had fun, I still spent time with friends, and with all the the time spent tinkering in the garage, I felt more empowered and liberated than usual.  There’s also the bonus of a good bottom line: for the month of September, 55% of my post-tax income went straight into a savings account.  That’s over ten times the average American savings rate, according to the government’s most recent data.  Not too shabby.

A month without money was an extreme experiment, and never intended to go long-term.  After the month ended I let myself shop again, but I found that I wasn’t very interested in doing so, and since then I’ve been a bit more frugal overall.  I thought it was a fine introduction to the practice of mindful consumption.  If you don’t like my dive-in approach to simplifying your life, an alternate strategy is to slowly experiment with cutting back just a little bit.  Observe how often you eat out, or go to a mall, or order something online, and try reducing that by one-third.  Once in a while, try to have a fun outing based entirely on free venues such as libraries, parks, and free museums, and see how it feels compared to more expensive forms of recreation and entertainment.  But be careful: once you find that frugality can be a fun game, you just might get hooked!

Photo by Ersler Dmitry via Shutterstock.  Used with permission.