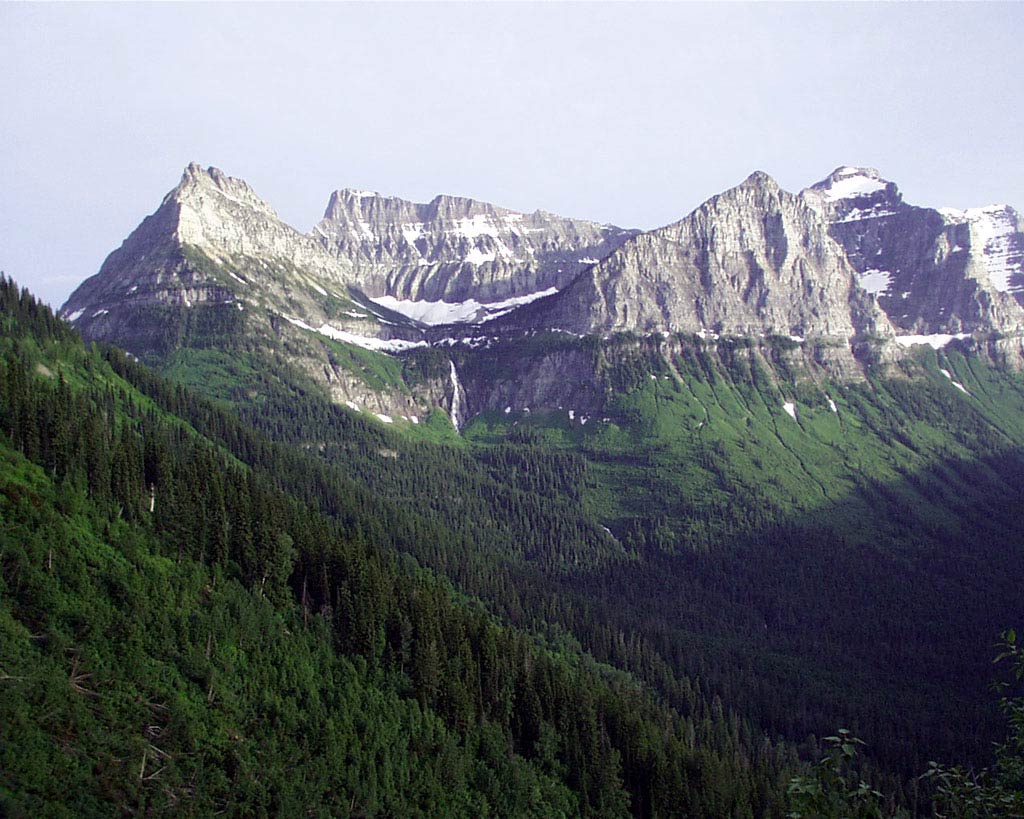 Thank you for welcoming me back after an extended hiatus travelling our great American countryside.  Burned out from the stresses of the Sust Enable project, my partner Scott and I took off for the great wilds of U.S. National Parks in early August.  I haven’t written a blog since, as my adventures swept me far from the reaches of the Internet, for the most part.  Now I am back in Pittsburgh, not living sustainably, yet still reeling from the life lessons reaped from the past four months.

I anticipated having a slew of breathtaking photographs to offer you, alongside commentary from the trip in which I reflected on our often-severed connection with nature, and the deep wisdom such a connection provides.  Instead, one night while we camped in Rocky Mountain National Park in Colorado, our video and digital camera were stolen from the glovebox of Scott’s car.  In the middle of a peaceful campsite, in which the sense of goodwill invoked a dozen campers to leave their car doors unlocked that night, a band of thiefs took advantage, slipped in after dark, and robbed a handful of people… not only of material possessions, but of their precious trip memories.

I wept inconsolably when I learned that the camera which held our trip photographs had been taken from us.  I cared little for the money-cost of these items, but I couldn’t stop hurting from the void that the thief left in me–having robbed me of the potential for life-long memories.

Memories surely live on in one’s mind… but as an avid student of the sciences, psychology easily reminds me that minds distort experiences.  I was hoping to use the photographs from our trip as a guideline for revisiting the feelings and sights that this wonderful trip stirred in me.  That hope is gone now, exchanged for a fleeting handful of cash to another.

And so, in the middle of my meditations on how the entire human race might be unified if we each and all had the opportunity to pause in the arms of nature’s bounty… I was sharply reminded with a single malicious act… that we have much further to go before then.

Divided along a Fault Line

In Adam Williams’ recent article entitled “Civilized Communication about Global Warming…”, he openly laments the deep divide between proponents of different political parties on mainstream environmental issues.  He somewhat chalks the disagreement up to ignorance on the part of the anti-environmentalists.  I think “facts” are a very fickle thing, and I don’t believe that “lack of knowledge of facts” is the difference between every individual in one party compared to another.  We each choose to learn different facts!

It is more apparent to me, however, that his other theory for the dissonance is true.  One “party” (group of people aligned along common interests)–the conservatives–are afraid of change because it threatens their comfortable, established position in society (wealth based on the stable perpetuation of petroleum, coal industries) and thus, are motivated to fear, instead of welcome, the environmentally-conscious green technological and industrial transformations.  It’s not so much that they are purely selfish and hate other species and hate the next generations of humans.  They are looking out for their immediate interests–in terms of psychology, they are “protecting the clan”–and do not yet see how their safety and comfort are intimately tied up with the health and success of all of the rest of Earth’s creatures… including that of other humans, too.

The green-minded are not necessarily smarter, and certainly are not more informed of facts.  Rather, they possess the novel ability to see the strength of the human family and the integrity of the Earth’s biological systems as inextricably connected to their own individual success.  This novel perspective, I believe, is necessary for all people to develop if we are to unite on the one matter we all share–the Earth!–and fight the effects of our ecological carelessness as soon as possible.

On the other hand, I must acknowledge that despite my most earnest desires, we are not at that place yet.  A thief stole my private possessions because he saw in doing so, some personal advantage for him, even if just of a few hundred dollars in his or her bank account.

But it is this kind of thinking we must interrupt and replace.  A new enlightenment is dawning… and it may

just be as simple–and as common sense–as realizing that if you “foul your own nest” (the Earth), you will smother your own potential to survive.  It is a personal mission, and it can also be universal one.

Criticizing others for their difference of viewpoint, however, and calling them “ignorant,” “uninformed,” or even “hateful,” will only slow the process of bringing about this unity.  It is essential that we try to reach an understanding of one another’s perspective–that is the only way any significant change in perspective can be sown.  If I say, “I understand why you feel concerned with radical environmental discussion.  You are only trying to do what’s best for your family when you vote pro-oil drilling.  But other options are possible, and can provide an even better world for your children.  Would you like to talk about it?”  Understanding and listening is the first step to mutual aid.  Teach and learn from each other–critical words only shut out the potential for listening and being heard.

I wish I could sit down with the thief or thieves of our cameras and hear their philosophy about the world.  Barring that, I can at least venture to understand why crime exists in an unjust society, why private property seems appalling to those who never saw themselves able to earn it, and why environmental justice and green innovation can look like a personal hell to the many different minds that inhabit our shared Earth.

Without one another, we are nothing.  I can only entreat: act as though the human family is your own.