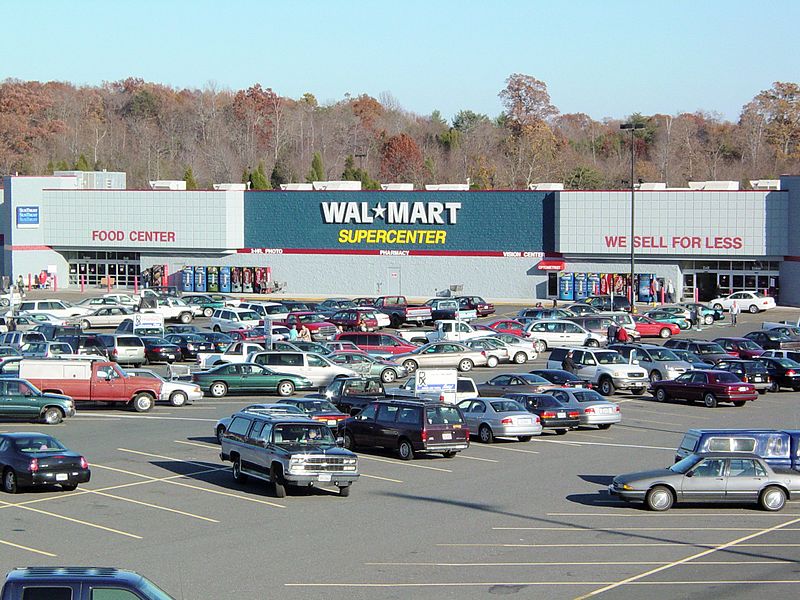 The Rocky Mountain Institute, a research and consulting organization based in Snowmass, Colo., has a consulting contract with Wal-Mart on two primary areas, according to Cory Lowe, RMI’s outreach coordinator. The company primarily provides consulting work to large companies and government entities.

In logistics, Wal-Mart is seeking to double the efficiency of its trucking fleet. “They have one of the largest trucking fleets in the country,” Lowe said. “The best truck in their fleet gets roughly eight miles per gallon. We’re going to help them double it.”

Besides moving product, Wal-Mart also wants to make its physical real estate energy efficient. “The second part is helping them to redesign some of their stores to make them more energy efficient,” Lowe said. “They spend lots and lots of dollars every year on heating and cooling costs. By making (the stores) energy efficient, they’re going to cut down on their costs. They’re seeing it as a good business decision and an environmental decision.”

That, in essence, is RMI’s goal — to show companies that going green can also be a good business decision. “Our mission is to help show people that they can continue to live sort of a modern and comfortable life but do it far better in terms of energy efficiency and cut down their impact,” Lowe said. “We’ve been criticized a few times for working for Wal-Mart — but our CEO feels strongly that because Wal-Mart has such a large market share that if they can decide to do things better, it can really have a huge impact.”

In the business world, everything comes down to the dollar figures. “We’re making a business case, especially to these big, big clients,” Lowe said. “If we can’t talk in terms of dollars and cents and how it affects their bottom line, we’re not going to be effective.”

What RMI is not doing, however, is consulting with Wal-Mart on instituting Smart Growth policies. The energy savings that could come from the retail giant in both of these areas could be tremendous, and they should be applauded for that. At the same time, we’re talking about more efficient big-box stores, still designed for driving rather than integrated into mixed-use, walkable communities. I’m likely being too critical, but Wal-Mart can go even further than changing the face of the retail sector: they could lead the way to more sustainable suburban development by implementing Smart Growth models. I realize “sustainable suburban development” sounds like an oxymoron, but suburbs designed less around driving everywhere would be a start. RMI claims they’re just fulfilling their contract by dealing only with the specifics of trucks and buildings, but given the moves we’ve seen by Wal-Mart in the last year, they just might find a more receptive audience to even more substantive steps. We can hope… right? And with players this sized, we ought to think big…