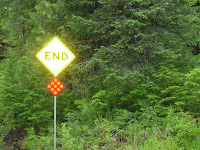 This is a guest post by Raz Godelnik of Eco-Libris.This article was originally published on Eco-Libris blog on July 16.

Forests need strong allies to win their survival battles. This week it seems they have a new powerful friend that might help. His name is Wal-Mart.

Environmental Leader reports that the world’s largest retailer has become a member of the Global Forest & Trade Network (GTFN), a WWF initiative to eliminate illegal logging and improve the management of valuable and threatened forests. By becoming a member, Wal-Mart pledges to help save endangered forests by using more wood from sustainable and certified sources.

WWF published a press release about the new member of GTFN this Monday, reporting that by joining the organization, Wal-Mart has committed to phasing out illegal and unwanted wood sources from its supply chain and increasing its proportion of wood products originating from credibly certified sources – for Wal-Mart stores and Sam’s Clubs in the United States.

“With nearly half of the world’s forests already gone, action is urgently needed,” Suzanne Apple, WWF’s VP for Business & Industry says in the news release. “Wal-Mart’s commitment to support responsible forestry answers that call to action. WWF welcomes the company to a global community committed to healthy business and healthy forests.”

I couldn’t agree more with her. Although Wal-Mart has a lot of work to do on their end to become more environmentally and socially friendly, this step is definitely the right one in this direction. In any case, if you’re a forest, you want Wal-Mart on your side. With more than 176 million customers weekly in 14 markets, Wal-Mart have the power to make a difference in an extent that only few other retailers have.

So what’s going to happen? According to the WWF news release, within one year, Wal-Mart will complete an assessment of where its wood furniture is coming from and whether the wood is legal and well-managed. Once the assessment is completed, Wal-Mart has committed to eliminating wood from illegal and unknown sources within five years. The company will also eliminate wood from forests that are of critical importance due to their environmental, socio-economic, biodiversity or landscape values and that aren’t well-managed.

Again, kudos to Wal-Mart on this step and I hope to see many other retailers and companies follow suit and join this initiative.