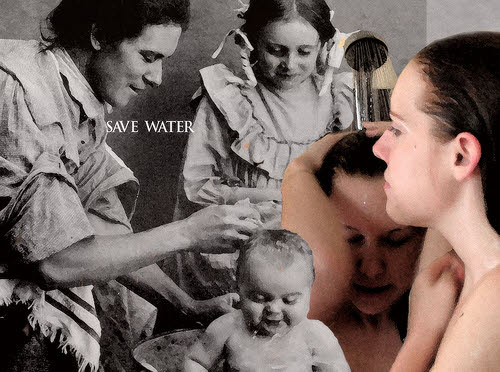 For the developed world, water is a seemingly ubiquitous resource. Many Americans often take it for granted. Submerged in a culture of excess, it’s often difficult to keep one’s head above the waste. Water conservation is a murky subject for the average consumer. We’re often more likely to recycle than forgo filling our swimming pool. Thus, the history and future of conservation is worth examining.

A Brief History of Water Conservation in the U.S.

From rain catchers to contemporary, eco-minded conservationists, people have always known the value of water. Yet with the age of industrialization and modern mechanics, we began to think of water as a commodity rather than a natural resource.

Acknowledging the decrease in the attributed worth of water, in 1950 the U.S. Water Resources Policy Commission released a state of affairs entitled A Water Policy for the American People, according to the Truman Library. The document preceded Truman’s call for the Water Resources Policy Commission – a seven member committee – to study water use in America and develop conservation methods based on their previous and future findings.

Although the Water Resources Policy Commission disbanded in 1983 due to lack of funding, the 1965 Water Resources Planning Act – established by the commission – still exists today and contains important guidelines for American federal water conservation.

The Shallow State of Preservation

Although water conservation policy has been a longtime focus of the U.S., globally, preservation is a huge issue that reaches far beyond the western world. In many areas water sources have completely dried up or simply aren’t potable. The World Water Council states (WWC), “[…] more than one out of six people lack access to safe drinking water, namely 1.1 billion people, and more than two out of six lack adequate sanitation, namely 2.6 billion people.”

WWC also notes that the majority of those affected live in high stress areas – locations where water consumption doesn’t match the available resources. While parts of Africa and South America are greatly stressed, so still is Europe and even the U.S. WWC blames this on an unfortunate equation of population growth plus industrialization and urbanization.

A Deluge of Facts

When considering the high levels of water stress, it’s no surprise that only one percent of the world water supply is drinkable by humans. With so little water actually available for consumption, it’s startling how much water is used outside of drinking, according to National Geographic:

Industrialization: Includes the manufacturing and transportation of industrial goods, including Apparel and electronics.

The Future of Water

The future of water is in continued conservation. According to the Environmental Protection Agency (EPA), water conservation for future generations is possible through continued Energy Audits even on an individual level. The four-part water audit includes benchmarking use, performing an audit, implementing audit findings, and continually repeating over time.

When it comes to global preservation, there are many water projects already underway to help restore drinking water in affected countries. These projects ensure both water conservation education and clean water for undeveloped and underdeveloped countries.

Still, we have yet to find a viable alternative to this natural resource. When examining the history and future or water conservation, one thing is clear: modernity has led to more consumption and less resource replenishment.

DJ Miller is an avid writer and graphic designer from Tampa, Florida. He is an environmental tech enthusiast that covers everything from solar panels to cisterns. Feel free to follow him on Twitter @MillerHeWrote.