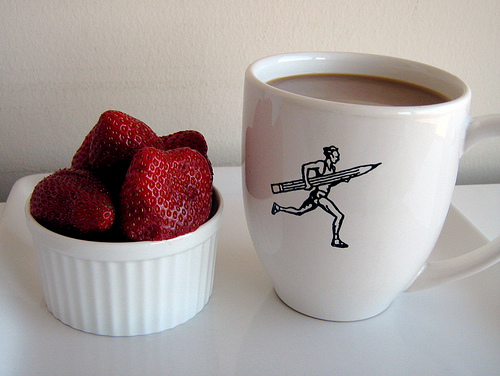 Fact 1. Our world is actually full of toxins – mostly of natural origin.

Some of the natural toxins are really scary, but some of them are delicious or useful.  Some of my favorite natural toxins include the caffeine in my morning coffee, the capsaicin in the spicy Mexican and Thai dishes I love, and the tomatine in the tomatoes I eat.  These are all natural chemicals that are actually toxic – even quite a bit more toxic than a typical pesticide today.  So why is it OK to enjoy these and many other foods that contain toxic chemicals?  That is where the second fact comes in.

Fact 2. There is an important difference between hazard and risk.

The reason that so many people are troubled by the idea of toxins is that our educational system fails to teach us what we need to understand which toxins are really worth concern and which are not.  We don’t tend to learn the difference between hazard and risk.

To illustrate this, consider electricity.  Electricity is an extremely useful thing, but it is also extremely hazardous.  People can and do die from electrocution.  But although electricity will always be hazardous, we take important steps to make sure we are not exposed directly to the electricity and thus the risk is low. Our appliances can be safe even though they are powered by a very hazardous thing.

What About The Toxins in Our Food?

So even though I consume lots of plant-based chemicals that are actually toxic (a hazard), the quantities are low enough that the risk is too low to worry about.   For instance, I calculated that for me (at 175 lbs), it would take 169 cups of strong coffee (~90 milligrams of caffeine in each) to get enough to be lethal (a dose of 192 mg/kg could be toxic to mammals). With a “safety margin” of 169, it is reasonable that few people worry when they consume this toxin every day.

What about the sort of toxins that people do worry about – like pesticide residues on foods?  Each year a group in the USDA buys produce from stores around the US and tests it for pesticide residues.  You can get the data on  line.  The Environmental Working Group uses this data each year to come up with their “dirty dozen” list which they successfully use to scare consumers away from buying as much fresh produce.  That is unfortunate because what the USDA data actually shows is that the pesticides (which are almost all much less toxic than caffeine) are also present at such low levels as to be negligible.

To demonstrate this, I took the data for strawberries in 2008.  The USDA labs tested 741 samples for hundreds of different pesticides and found some trace of around 5/sample.  I took that data and calculated the safety margins for every single pesticide residue that was detected (assuming 1/2 lb of strawberries consumed by me at 175 lbs).  The smallest safety margin was 5,895 – thirty five times less risky than a cup of Joe.  92% of the residues detected on the strawberries had safety margins of of over million (see chart below).  Not much to be scared about here!

But What About the Long Term?

“But,” many people will say, “what about long-term exposure to low doses?”  This is obviously something much more difficult to study.  The best approach has been to test the medium-term (1-2 year) effects of a fairly high, but non-lethal dose.  Practically speaking, this is the only way to get an answer within any reasonable time and budget constraints (still costing many millions of dollars).   These tests have identified carcinogens and chronically toxic materials among both natural and synthetic chemicals.   Many such tests have been conducted with caffeine and the consensus result is that, no, it is not a carcinogen or chronic toxin of concern at the levels we consume.  We have learned fairly well how to screen for compounds with chronic effects and such tests are required for all pesticides.

The Environmental Working Group ignores this data and maintains that “we just never know” whether there might be low level effects.  If they are right, then we are mainly at risk from natural toxins.  We consume them at far high rates, and in most cases, they have never even been studied for chronic effects.  If we accept the view of the EWG, there really isn’t much of anything that we could eat without fear of some long-term downside.  That sort of view is good for EWG’s fundraising efforts.  It is not a good thing for encouraging the consumption of healthy foods.

I don’t know about you, but I would rather just enjoy my food – toxins and all.

Strawberry and Coffee image from smittenkittenorig

Still prefer organic? We’ve got you covered… from organic foods to bedding, bathing, and care products for the little ones in your home.