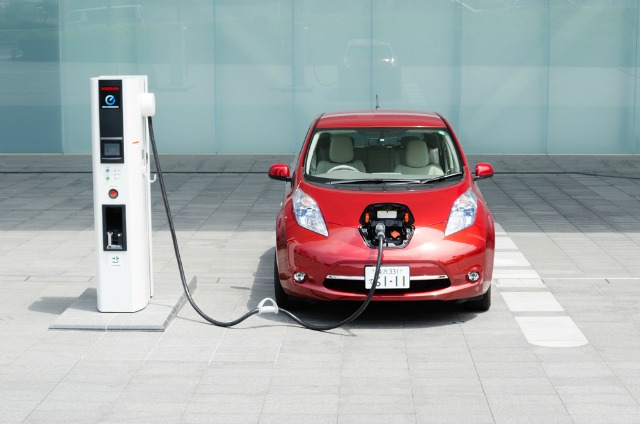 While electric vehicles eliminate the direct emissions from gas-fueled cars, they do create one form of waste: old batteries. While that’s not a huge concern right now, if millions take the plunge on an EV, that could mean a lot of vehicle batteries requiring responsible disposal. Japanese automaker Nissan is already digging into this issue, and through a new partnership, has figured out one end of life solution for a Nissan LEAF battery. Chris DeMorro at sister site EV Obsession dug into this development, and published the post below this morning.

It is the very nature of a battery that, over time, the capacity to store electricity begins to degrade. After an electric vehicle battery has lost about 30% of its total capacity, it’s generally deemed unfit for continued use in a car and is replaced. But those batteries aren’t just scrapped and recycled for their raw materials, as even a used battery can still hold a tremendous amount of electricity; it’s simply a matter of finding a second life for these lower-capacity batteries.

Nissan has partnered with Green Charge Networks to give old LEAF batteries a second chance at life as stationary commercial energy storage. This idea isn’t exactly groundbreaking, but by partnering with Green Charge, Nissan gets access to Green Charge’s intelligent software and Power Efficiency Agreement. This gives the used battery packs a cost advantage over traditional stationary energy storage systems, and the first such project will be installed at an unspecified Nissan facility this summer to offset peak energy demand. By recharging the batteries at night when electricity rates are cheaper, a large commercial facility could save thousands of dollars per day in energy costs (depending on the size of the battery backup).

Thanks to electric vehicles, battery research is reaching new highs, opening up a whole new world of possibilities that ripple well beyond the auto industry. Elon Musk’s introduction of a stationary energy storage system for homes has given Tesla Motors a lot more depth, but companies like Nissan and GM have been exploring the use of EV batteries as stationary energy storage systems since the LEAF and Chevy Volt first launched. In a decade, home battery systems are going to grow in number, and the auto industry would love to get a slice of the multi-billion dollar pie.

Nissan, GM, or Tesla may power your home one day. Wouldn’t that be something?