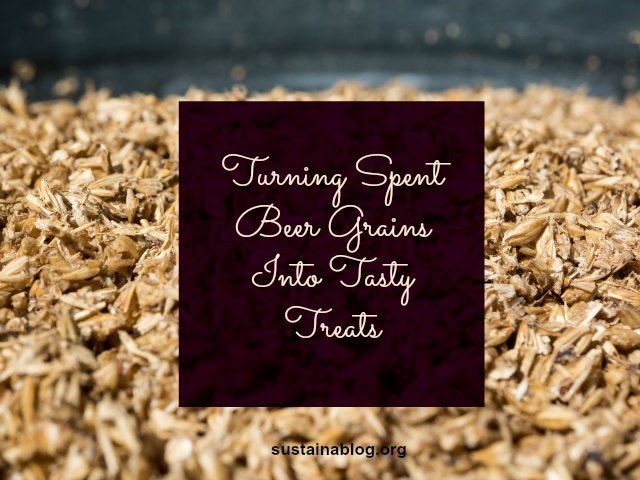 We’ve dug into multiple efforts to deal with the waste products that come from brewing beer, but most of those treat spent beer grains like an industrial ingredient. Turns out, the barley left over after brewing is edible: brewers are interested in the sugars, and the rest goes by the wayside (i.e. to the landfill, or to animal feed). That “spent” grain still has a lot of nutritional value left: 6 grams of dietary fiber and 3.5 grams of protein in the average cup of “waste” barley.

Home brewers Dan Kuzrock and Jordan Schwartz recognized the amount of waste generated just in their own hobbyist efforts, and figured (rightly) that larger-scale brewers were tossing out tons of barley after extracting a mere 10% of its nutritional value. They founded Regrained to do something with those beer grains: namely, to turn them into healthy, delicious snacks. Partnering with a number of San Francisco-area craft breweries, Dan and Jordan started experimenting with different grains, and through lots of testing, came up with their Honey Almond IPA and Chocolate Coffee Stout bars.

So far, their efforts at developing recipes, producing them, and then packaging them for sale, have all been done by hand in shared kitchen space. The bars are getting good reviews from customers, the partners see ways they could improve their business, and so they’ve decided its time to take this to the next step. They’ve launched a crowdfunding campaign on food-focused platform Barnraiser to raise $30,000 by December 10. I’ll let them explain:

Pretty cool, huh? They’re doing well so far: as of this writing, they’re one-third of the way to their goal. They’ll use the money to improve their recipe and packaging, as well as to upgrade their processes to get more bars to market.

I love this concept, and see it as a great model for entrepreneurs around the US. The craft brewing business is exploding, and that means a lot of spent grains that could be upcycled into food products that keep the characteristics of the beers for which they were first used. My sense is that this is a part of Dan and Jordan’s mission: they want others to look at those beer grains not as waste, but as opportunity.

Thinking about pitching in? Got ideas for how beer barley could be used in a recipe? Share your thoughts with us…