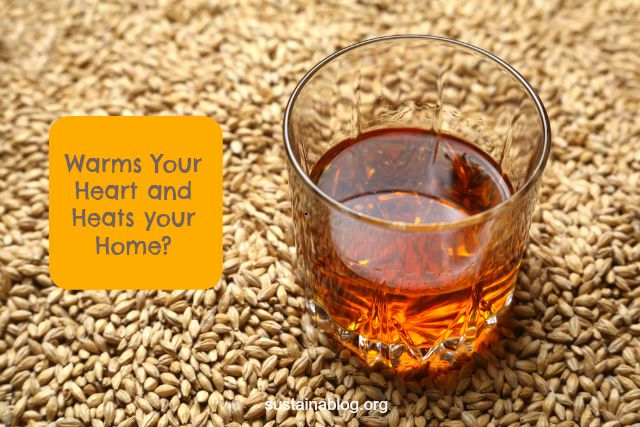 Enjoy a good Scotch every now and then? Hey, we’re not here to judge, and we’re pretty certain you don’t let any of that go to waste. But a whiskey distillery, just like any kind of food processing plant, does produce waste, and that material has to go somewhere. You can continue to enjoy that Scotch, though, without guilt: whiskey waste traditionally doesn’t go to the landfill.

A few years ago, that would’ve been the end of the story, but a group of distillers in Scotland’s Speyside region figured out something else they could do with the draff, or spent grains: produce energy. In partnership with Helius Energy, the 50 distillers created the Rothes CoRDe, a facility that produces energy from a combination of draff and wood chips. How much energy? “We generate 8.3 megawatts of electricity every hour of every day. We use some on site and export the rest – enough for 20,000 people in 8,000 homes,” explains Frank Burns, Managing Director, Rothes CoRDe. “We are powering all of the local communities.”

That doesn’t mean cattle are going hungry, though. In addition to energy, the Rothes facility converts pot ale – a byproduct of the early stage of distillation – into feed for cows.

Take a look at the video above for more insight into this effort to make good use of the waste produced by Scotch production. Know about other efforts to deal with whiskey distillery waste in other places? Do share…