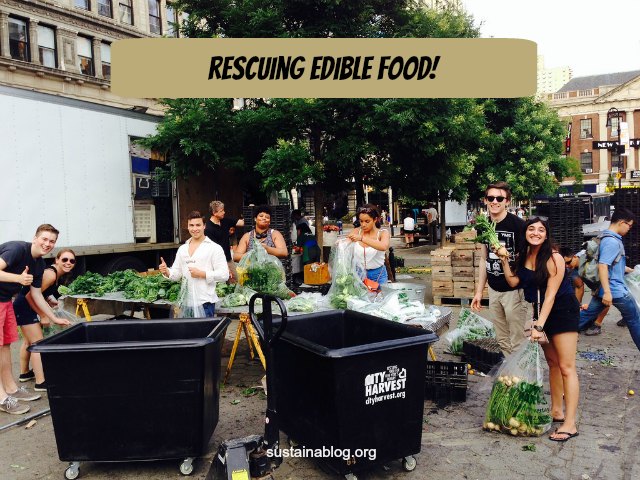 There’s a new food rescue in the Big Apple that’s keeping edible food out of the trash, and delivering it to people in need. Robert Lee, the son of two Korean immigrants, left a job working on Wall Street to start Rescuing Leftover Cuisine (RLC). He explains in the video above how his parents struggled to provide enough food for him and his brother. As such, food waste was never tolerated in their home. In fact, he shared that his family believes an old Korean myth that suggest “whatever food you throw out, it would come back to haunt you in the afterlife and you’ll have to eat it.” If this is indeed true, how much food would you have to eat?

RLC’s mission is to be a part of the nationwide solution to ending food waste and hunger one community at a time. They first identify homeless shelters, food pantries, and soup kitchens in an area, then contact nearby hotels and restaurants to donate excess, unsold food. I like this approach because donors know they are impacting their local neighborhoods.

Secondly, the non-profit organization utilizes an app to let donors alert volunteers when food is ready to be collected and delivered. The group also works with food providers to figure out what types of food they are wasting most often, and how this can be resolved. I’m sure the owners of these businesses and restaurants appreciate RLC’s analysis, because wasted food translates into wasted money.

With millions of people living in New York City, it’s refreshing to see another group stepping up to join forces with City Harvest and others to fight against make food waste. If you don’t live near a food rescuing organization to volunteer, consider starting one in your community!

A Free Resource Teaches Others the Art of Food Rescue

We can’t share the shocking statistic enough: Americans are wasting nearly 40% of all food produced in this country! Food waste is a growing concern, and the more groups there are combatting the problem the better. Boulder Food Rescue has provided a free, downloadable resource to guide you through the process of starting your own organization. It explains how to contact grocery store managers, find out where food is needed the most, and other important information.

If you know of a food waste organization making a difference in your community, leave me a note in the comment section. In the meantime, find out more about RLC and how you can be a food “Rescuer” on Facebook and Twitter.