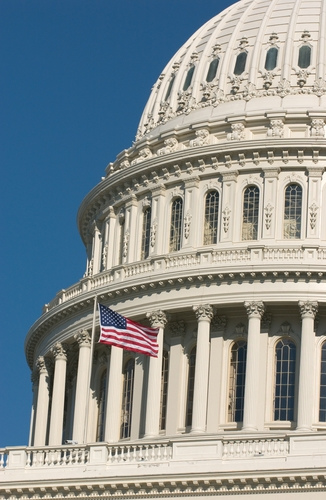 The Senate version of the energy bill that passed last week includes great things, like boosting vehicles’ average fuel efficiency to 35 miles per gallon (up from 25 mpg today), increasing the use of biofuels and updating efficiency standards for federal buildings. But the glaring gaps include the absence of renewable energy incentives. Specifically, a 15 percent renewable energy standard was cut (that would have required 15 percent of the nation’s electricity to come from renewable sources), as were extensions for the production tax credit (PTC) for wind power and credits for solar power and small wind.

Both a two-year extension of the PTC and the small wind credit fell one vote short of the 60 needed to avoid a filibuster. Those wind credits, the solar investment credit and most federal renewable energy tax credits are set to expire in 2008.

That uncertainty of the credits’ renewal means that renewable energy projects could come to a standstill. In past years, as an extension of the PTC comes down to the wire, wind projects have stopped 6-8 months before its expiration. If that trend holds true, we could see a similar slow down in 2008 if the PTC isn’t renewed quickly.

In years to come, historians writing about this era will find fertile ground in the fact that as the UNFCCC Global Warming conference in Bali wound down with an almost universal commitment to fighting climate change, the U.S. voted, yet again, to fight the rest of the world instead.

The final version of the Senate energy bill passed 86-8. It now goes back to the House, where it’s expected to pass easily. President Bush had promised to veto any bill that contained an RES or a tax title like the PTC. Now the White House has signaled that it approves the bill.

Although renewable energy failed this year, Senate Majority Leader Harry Reid (D-NV) promised that the Senate will return to it in 2008. He says he’ll try to pass a tax credit extension in a separate legislative package next month.

Wondering whether your Senator voted yea or no on the PTC and small wind credit? The American Wind Energy Association has a handy map where you can find out.