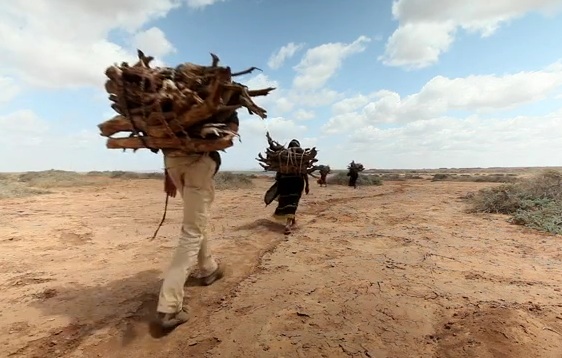 How many people in Southern California regularly gather wood for cooking? I’d imagine there are a few in very remote parts of the region; there are probably exponentially more people who would worry about getting dirt in the back of their Navigators (or whatever the trendy vehicle is this year), or wonder why you’d think they’d cook at all, regardless of the fuel source. OK, cheap shots… very few of us in the United States engage in this activity outside of a camping trip. But millions around the world do regularly gather wood for cooking fires, and (as we’ve noted before) this activity leads to substantial health and environmental impacts, and takes time away from activities that might create greater economic opportunities.

We can appreciate this in theory; it’s hard to imagine the reality. If you’ve seen the first episode of The Paradigm Project’s Stoveman web series (which I first discussed over at SUNfiltered), you’ve got an idea of the difficulty involved in this activity. Starting today, though, four teams are going to experience the “Woodwalk” more directly: they’ve already started on a 136-mile walking trip from San Diego to Los Angeles… with 50 pound bundles of wood on their backs.

Unlike women around the world, these people won’t have to hurry with their wood… so they’ll take nine days to make the journey, and stop along the way to discuss this activity with those who are interested. They’ll also promote the Paradigm Project’s main activity: the distribution of rocket stoves to millions of people around the world (and the subsequent sale of carbon credits created by those stoves). As we’ve noted before, the Project believes that these stoves are literal lifesavers: not only can they help prevent illnesses and death from respiratory diseases, but also reduce deforestation (and its consequences, such as floods and erosion). You can learn more about about this social enterprise’s work in the video above.

The Woodwalkers are blogging and Tweeting their journey, so if you’re not near their route, you can still check out their progress, or just find out more about the issues they’re trying to raise. Apparently, it’s only taken a few miles to recognize the burden created by those bundles…

If you participate in the Walk in any way, let us know… if not, share your thoughts on what these folks are doing.