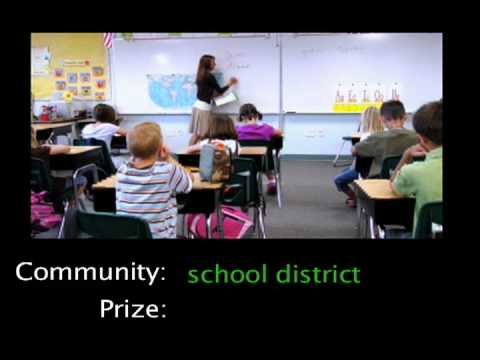 Back in September, I wrote about the XPrize Foundation’s “What’s Your Crazy Green Idea?” video contest that they were sponsering on YouTube. Three finalists have been chosen from the 133 entries received, and it’s time for viewers to vote for one of the Crazy Green Ideas after viewing the three choices.

I just finished viewing all three videos which are under 2 minutes each:

Energy X Prize: Reduce Home Energy – This idea has communities competing against each other to reduce energy consumption. The winning community would get a hefty prize.

The Energy Independence XPrize – This idea has houses going completely off grid and creating a way to independently create all the energy needed to run the house.

The Capacitor Challenge – This idea asks for the invention of a real, working energy storage device –  a type of battery, but a much stronger and more efficient one than exists currently.

I have purposely given you little detail about the content of the videos. I urge you to go check them out for yourself, decide which idea you’d like to see actually implemented, and then vote.

Here’s what will happen to the winner.

The creator of the winning Crazy Green Idea will receive $25,000. The idea will then be explored  as the next X PRIZE in Energy and the Environment.