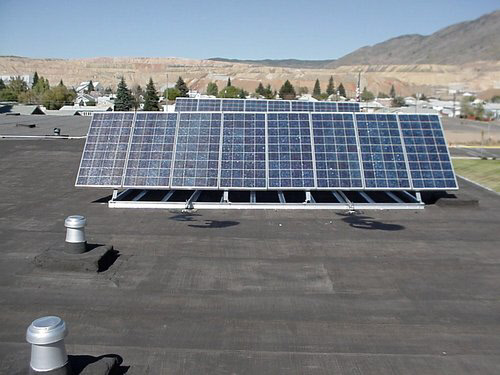 It didn`t take longer than half an hour from opening before Colorado-based Xcel Energy had to close their Solar Rewards Community program for new applications.

The utility company received applications from developers who want to build small solar gardens in Colorado corresponding to more than three times the solar capacity of what is currently accepted by state law.

“It really does show that there was a niche out there that wasn’t being previously addressed,” said Xcel spokesman Mark Stutz.

Residential solar panels have been available for several decades now, but with solar community gardens, shady roofs and ownership issues are no longer obstacles. Renters, condo owners and homeowners with roofs unfit for solar panels for one reason or the other, can with solar gardens still harness solar power and benefit from government and state rebates.

The bill outlining the rules for community solar arrays wasn`t signed into law before June 2010.

“When I proposed the legislation in 2010, I didn’t know how feasible it was going to be and how much demand there was […] The fact that they sold out in 30 minutes — it says that there is still a lot of potential for small-scale solar development.” said state Rep. Claire Levy who introduced the bill.

Xcel Energy plans to introduce a total of 4.5 MW of capacity to the grid with solar community gardens each of 500 kW or less. The first will be built by Clean Energy Collective on the property of the Golden Hoof Sustainable Farm and will be finished within a year.

“It worked out that it was a really nice approach to creating an ideal location for having a community solar array and being part of a sustainable environment and an educational environment,” said Thomas Sweeney, Clean Energy Collective’s chief operating officer.