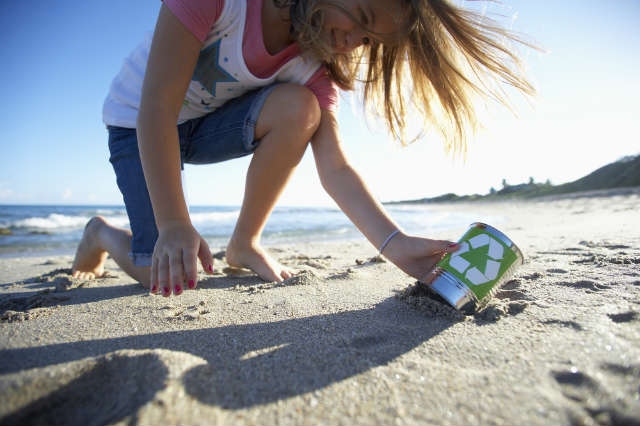 2014 was a turbulent time for our perception of the environment. We witnessed unprecedented changes, both positive and negative, that proved why it has never been a more relevant topic. There were shocking reports from the World Wildlife Fund that revealed how the populations of birds, reptiles, amphibians and fish had fallen by 52% between 1970 and 2010. But we also saw some of the most powerful people in the world starting to take historic environmental action: for the first time in US history, rules to reduce carbon-dioxide emissions from power plants were brought in.

In this nascent period of 2015, people from around the world will be fine-tuning their New Year resolution. From lofty goals of regular vigorous exercise to simple ambitions of holding doors open for other people, they’re usually focused on self-improvement. But what about simple environmental changes that can help everyone?

Perhaps unsurprisingly, parking garages are about as beneficial for the environment as they are beautiful.

Firstly, they make cities warmer. While this may not sound like such a bad thing, the environmental effects are overwhelmingly negative. Materials like asphalt and concrete absorb large amounts of solar heat and can create an increased risk of the production of urban heat islands. This phenomenon occurs when urbanization causes the temperature to soar far above the surrounding rural areas. The implications are serious: according to a research note by the Forestry Commission, an estimated 8-11 extra deaths occur each day for each degree increase in air temperature during a British heatwave.

Furthermore, the impervious surfaces can also pose major problems by preventing rainwater from infiltrating through to the soil. This means that pollutants from cars, such as gasoline and motor oil, can form a toxic water runoff that’s harmful to animals, plants and people.

There’s no denying that car parks are useful, but we could curb our reliance and reduce the need for them with other options.

According to research from the British automotive services company RAC Limited, half of Britain’s garages aren’t even used for cars. Bearing this in mind, there must be a considerable amount of unused parking spaces that could be used instead of car parks. Online parking marketplaces like Your Parking Space allow users to rent and rent out such unused spaces. This results in cheaper and more widespread parking options for everyone, and most importantly, renders the car park as a last resort.

Thanks to the exponential growth of technology over the last decade, electronic waste, or e-waste as it is commonly known, is posing a significant risk to the environment.

Although electronic equipment might have made our lives easier, it’s not always clear how it should be disposed of. January is a particularly notable month for e-waste as many people replace household appliances in the holiday sales. As Rufus Hirsch of clearance company Clearance Solutions says, “people who replace technology like TV sets often find themselves unsure about what to do with the old ones and settle for binning them at local dumps.”

It’s not just large hunks of electronic equipment that are problematic for the environment either. While it’s true that electronic cigarettes could reduce the amount of cigarette butts on the streets, e-cig retailer TABlites warn that disposable e-cigarettes or e-cigarette batteries count as e-waste too. And they could easily end up in landfill rather than the correct collection sites if instructions are ignored.

It is important to recognize that any product featuring the Waste Electrical and Electronic Equipment (WEEE) symbol must be recycled properly.

Paper pollution may not be a recent concept, but it’s as rife as ever.

Paper has become such a cheap commodity that we have a common expression for one of the worst ways it’s wasted: “junk mail.”

Although it’s fairly easy to recycle, in the long-term it’s easier to stop receiving junk mail altogether. One of the most effective and easy steps to tackle it is to sign up for opt-out services like that of the Royal Mail. As they are legally obliged to deliver all mail with a delivery point, postal service companies are responsible for a considerable amount of the unsolicited materials that come into our homes.

Regarding businesses responsible for junk mail, there are no excuses. It’s never been easier to have tailored, thoughtful designs made and a target demographic sourced. The Business Printers, a London-based print company who can help with both say that “junk mail should serve as a warning sign to other companies, reminding them to always put as much thought into their audience and designs as possible”.

It’s also worth mentioning that paper pollution could soon become a thing of the past if we choose to embrace innovative technology. G2 Digital have helped London restaurant Inamo do away with paper menus through implementing an electronic ordering screen that’s embedded in the same table you eat at. They hope that other companies find exciting ways of replacing paper with digital solutions that aren’t as damaging to the environment.