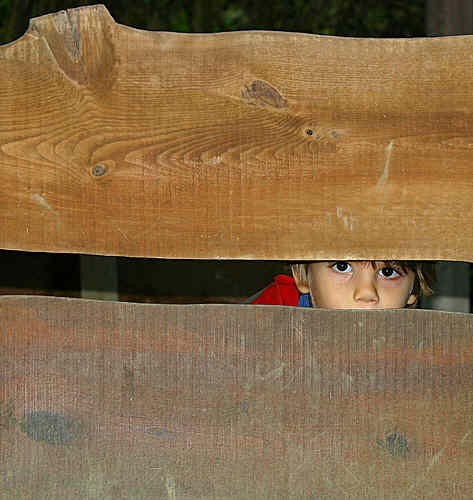 Editor’s note: Brenna Dardolph is a student at the University of Kansas who recently finished Prof. Simran Sethi’s course Media & the Environment.

When we were seven, my good friend Julia’s parents finally quit smoking. The cause? Their little first grader’s nagging. As part of her elementary school curriculum, Julia was learning about the perils of smoking. It was her concern that finally convinced her parents to kick the habit.

As much as we believe parents shape their children, rarely do we consider that the opposite may be true. But the British government apparently does. Recently, seventeen local councils called on citizens, including children as young as seven to become the nation’s environmental watchdogs– to be on guard for littering, noise pollution and other environmental infractions. Participants in programs like “Eyes for Islington” in Islington or the “Junior Street Champions” in Luton receive information about collecting evidence and reporting environmental crimes. As a writer in the Independent pointed out, it is a chance for Britain’s youngsters to leave their computer games, get out their notebooks and commit themselves to a better community.

Of late, fears of dwindling community cohesion and violent youth have been widespread across England. Last July, two policemen from the East London borough of Croydon were hospitalized after a riot which began when a school girl resisted one policeman’s request that she pick up a fast food carton she had just flung on the ground. The riot left the community in distress. A school headmaster from Croydon said, “In the past, there would have been National Service, a sense of people working together, living together. But in modern, urban Britain that is decreasingly the case.”

A Step in the Right Direction

This program may be one step towards training a new, civic youth. Teachers commented that the student participants in the venture were already learning healthy environmental practices and community stewardship. These positive benefits help dispel fears expressed by select Britons that the program may incite youngsters to infringe on their neighbor’s privacy rights. The program teaches responsibility, not snooping.

If we can inspire an environmental conscience and a community spirit in our young people, then we are looking to a brighter future.  Sometimes, it is the young who have the best ideas and strongest convictions. I don’t doubt the power of a bunch of caring seven-year-olds to enact change where adults fail.