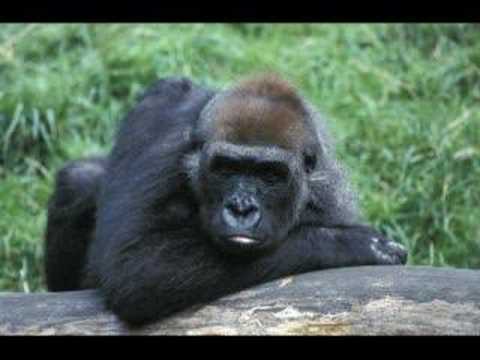 Author’s Note: This is the second of three reviews of books published by the non-profit animal organization and book publisher No Voice Unheard, based in Santa Cruz, California. (For my previous review, see the post on One at a Time; the third review will be of Ninety-Five. No Voice Unheard provided me with free review copies of these books.)

In their book Thought to Exist in the Wild: Awakening from the Nightmare of Zoos, Derrik Jensen and Karen Tweedy-Holmes seek to show us the sad truths of zoos and the dismal consequences these have on the animal prisoners. Their scope is extensive, extending back to the earliest zoos and animal spectacles all the way up to the modern institutions that, in most peoples’ eyes, are “protectors” and “preservers” of endangered animals.

But Jensen, who writes the text, and Tweedy-Holmes, who shot the photographs, do more than deconstruct the ancient institution of the animal zoo. They also turn that human construct into a mirror to reflect upon (and equally deconstruct) the very nature of civilized humanity.

Jensen, called “the philosopher poet of the ecological movement” (according to the biographical note) and author of 10 books, turns his evident anger into some fiery, indeed scathing prose. To match Jensen’s deconstructive words, Tweedy-Holmes portrays the empty, bleak lives of the animals confined to zoos through colorless images, the washed-out quality of the photos speaking powerfully to the quality of life these beings experience.

Exposing the Tools of Power and Abuse

The book’s main target is not zoos but civilization, for it is through being civilized that the human animal has lost his connection to his fellow animals. As a result, thanks to whatever traits put humans in the place of global domination they have reached, humans treat wild animals as just another resource to be used at will. The beastly “others” become symbols–of the wild that has been left behind yet calls to us constantly, of misdirected compassion and stewardship, and above all of power and control.

“Zoos are about power,” Jensen states bluntly (2)–power for the humans who run the zoos and own the animals, that is, as well as for the spectators who come to see the animals put on display. Why power? Well, in the wild, animals and humans encounter each other on a more equal footing. If the animals choose to present themselves (and they often do not…at least when we want them to), “they present the parts of themselves they want to be seen” (3).

By contrast, in a zoo we are the ones who dictate the terms: We see the animals when we want, for as long as we want, with enough distance and detachment to keep them from encroaching on our separate, sacred humanity and civilized identity. We rip the animals from their natural habitats and put them where we want them, when we want them, for our own entertainment.

Jensen sees the zoo as a perfect representation of civilization as a whole because both are human constructs, and both have destructive effects on the natural world. Civilizations “destroy their landbases” because “they neither respect nor take responsibility for nonhuman (or for that matter human) communities” (4). Having “conquered” the natural world, humans then drain it to build their empires and subjugate it to protect those empires. And to enrich themselves with the spoils.

To make these points, Thought to Exist in the Wild contains a wealth of information about zoos that will shock you and disgust you: How “surplus” animals are sold to any number of horrid ends (from experimentation to food factories); how the animals are abused and neglected and driven mad while enclosed in their cages; how zoos truly fail in their supposed (and well publicized) goal of both protecting animals and facilitating a mutual, beneficial relationship between animals and people.

Once conquered and thrown into cages, the animals (like everything else) become no more than a commodity. They entertain us with their wildness, a wildness we have (supposedly) gotten beyond and come to dominate. As such, “Zoos commit at least four unforgivable sins,” all of which entail destruction. They destroy

However, in the spectacle of zoos, as with so much else, we see not the true “wild,” but “only distorted images of our own queer, tortured, internal fabrication” (90). In truth, we are the encaged, imprisoned creatures, not the animals, for we are the ones who have lost touch with the wild habitat we truly need. Our attraction to zoos only proves this. And so eventually, or I should say nowadays, “we no longer need bars, nor even moats nor electrified fences, to contain us” (91). Civilization itself does this–through our cities, homes, offices, TVs…

And this is the message the screams out from the pages of Thought to Exist in the Wild. Jensen’s research into the history and reality of zoos is impressive, and the book is unique for taking an unforgiving, critical look at zoos. But the greatest question I have about the book is about balance. By the end, it seems that the message (and facts) about zoos often gets overshadowed by the ferocity of Jensen’s cultural critique. Jensen is so hell bent to tear down our cages and get us out into the wild world (freeing the animals in the process!) that it can become hard to continue hearing what he has to say about the zoos…and the animals.

It becomes even harder to hear the message about zoos because the book’s photos are not interspersed in the text but grouped into several “portfolio” sections, thus offering no visual distraction or respite from Jensen’s jeremiad. And when they do appear, Tweedy-Holmes exposes us to the colorless world we have constructed…not peaceful, relaxing images of animals.

Reading, and Seeing, and Awakening

Obviously, then, most people who do not share this view of human culture will have a very hard time reading Thought to Exist in the Wild. This quality makes me fear that the book will be seen as yet another instance of a fiery spokesperson for nature stomping on a soapbox, screaming a screed against the forces of everything familiar to us, in order to shake the audience up. And in doing so, Jensen runs the risk of making us deaf to the true, most crucial point of the book: helping the imprisoned animals by shutting down, or vastly changing, zoos.

Jensen bangs his drum throughout, such as when he repeatedly uses specific devices to make a point and get in a jab. For example, he constantly uses “[sic]” (which means “thus” and notes that something is being quoted verbatim, exactly as it is in the source). He uses this to make points about how word choices by the people (always opponents) he quotes reflect their mindset about animals and nature. Or he turns a key phrase into a refrain that peppers his prose for page after page–such as “humans are animals, too.” This can become tiresome after about the tenth instance, downright wearying by the hundredth, making an already difficult book even more difficult.

Even worse, these tactics are similar to those of less insightful writers, less careful thinkers, and less compassionate people. Jensen is obviously a fine writer and careful thinker, so in my opinion these devices both weaken his prose and reflect the degree to which he has let his anger drive his writing and limit the self-editing. As talented as he is, his cultural attack is not like that of, say, George Carlin (may he rest in peace); Jensen never lets us feel like we are in on the joke, nor does he offer us moments to laugh away our discomfort and sadness at the situations being described–and criticized.

Now let me be clear. I actually share Jensen’s general viewpoint. I agree that civilization has done irreparable harm to the environment and will continue to do so, harming us as much as anything else in the process, until we radically alter how we live. My concern, then, is not the message(s) of this book, but the methods. I think the extent to which the book sets out to attack culture is its main weakness.

Firstly, the cultural critique frequently overwhelms the critique of zoos. Yes, we have to change human attitudes in general before we can truly put an end to zoos and other damages to nature. But this is a major undertaking, something requiring generations, not months or years or a handful of books. This is so sad because right now, in our very lifetimes, animals are suffering in zoos…and we cannot forget them in some larger cultural crusade. Because Jensen’s style, by constantly putting rhetoric above facts, makes the latter seem more prominent than the former, the book is more about tearing down what we have (zoos, civilization) without a solid, graspable alternative. That makes it far less likely to succeed: If you do not offer the everyday American a viable alternative to a comfortable modern life, they are not going to buy into a “burn down your house and go live in the woods” argument. Instead, they will shut the book and turn on the TV. Period. It is great to make them think; it is unhelpful to make them deaf.

Secondly, the authors’ style can turn even their sympathizers against the book (and message) at times–or that is turn the audience off enough to make them upset as much with the book as with the issues it is exploring. For the book does not seek or encourage dialogue and discussion; it is a lecture, and it wants you to sit down and listen and look. Of course, for this very reason it will resonate strongly with some readers who see no chance of compromise between civilization and preservation of nature. So it runs the risk of losing one part of its (necessarily specific) audience, while at the same time energizing and activating another part.

But make no mistakes. In Thought to Exist in the Wild, Jensen and Tweedy-Holmes are out to awaken us from the nightmare of civilization as much as they are to awaken us from the nightmare of zoos. It is well researched, uncompromising, fearless, and immensely powerful. So despite its weaknesses, it will definitely make you think about some serious, important issues–zoos, civilization, and your own lifestyle choices. That alone makes it a valuable book that should be read…seriously read. Every fact, figure, quote, anecdote, and image we encounter in the book can resonate with the power of a bomb blast…especially because they are all held up to reflect the ugly, distorted images of us “civilized animals.” And the vision in the glass is terribly, terribly sad.

My only hope is that we can in fact awaken from these nightmares, not be so terrified that we grunt, roll over, and return to the easier, more comfortable, more familiar world in dreams.