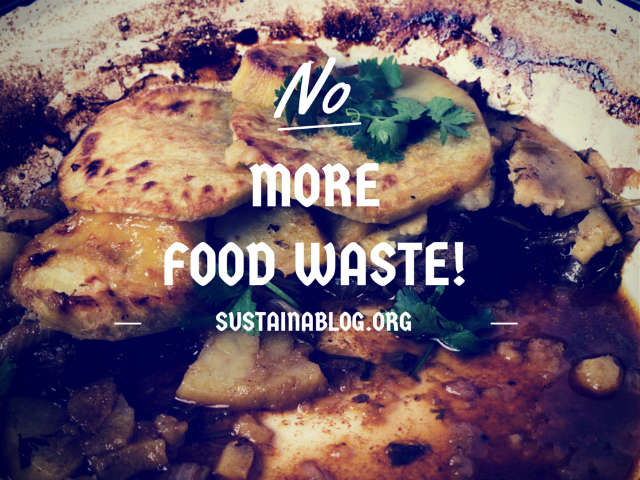 If you grew up with grandparents or other relatives that lived through the Great Depression, you likely know that “waste not”  played a big part in how they lived their lives. My paternal grandmother particularly not only had tactics for preserving food down, but also didn’t let much go to waste: she could always find something to do with odds and ends of food that others of us would’ve just tossed. Those of us who came of age in subsequent decades definitely bought into a throwaway culture wholeheartedly, but the most recent major economic turndown, the Great Recession, may have created another generation of frugalites who will find use in things that others might throw in the trash.

So, how do I know this? Well, Great Britain’s Food Standards Agency (FSA) just took a poll of UK residents, and see evidence that that hard times since 2007-08 have made UK residents much more conscious of their spending on food, and much less likely to waste it. According to The Guardian, the FSA’s third “Food and You” study found that “Total household food waste is down by 21% over the last seven years, while the proportion of people who claim to always avoid throwing food away is up from 48% to 58% over four years…” Now, this doesn’t just mean that Brits are finding cool and interesting things to do with their leftovers; rather, they’re taking the potential for waste into account at every step in their processes of buying and preparing food. That means they’re planning their meals and their shopping, storing the food they buy to make sure it lasts, and, finally, keeping leftovers around for further meals.

Given that the average British family normally throws away about £700 ($1123 US) worth of food, this is good news… not that we want another recession to take care of the rest of the waste, but to see that people learned from the experience. I’d guess that such frugal practices will stay with many of these people even as the global economy continues to improve.

Have you started watching your food waste more closely since the economy slowed 6-7 years ago? What practices have become habits? Share your ideas in the comments.