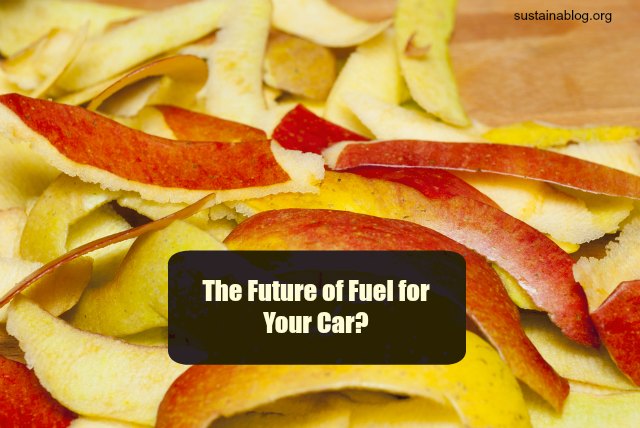 The notion of turning food waste into energy isn’t new to us here at sustainablog… but it almost always involves the production of biogas through anaerobic digestion. Tina Casey at sister site Cleantechnica has come across a different approach to harnessing the waste from food processing: harnessing the electrochemical properties of apple peels for a sodium-ion battery.

Researchers at Germany’s Karlsruhe Institute of Technology have come up with an energy storage solution that could make good use of waste from the country’s apple processing industry. They have found that leftover apple waste has “excellent” electrochemical properties for use in sodium-ion batteries, when reduced to a carbon material.

Sodium-ion technology is beginning to emerge as an alternative to the lithium-ion batteries used by Tesla and many other EV manufacturers as well as stationary energy storage companies (that would include Tesla, too) so let’s take a look under the hood and see what’s cooking.

From Apples To Energy Storage

You can find the new energy storage study in the journal Advanced Energy Materials under the title “Layered Na-Ion Cathodes with Outstanding Performance Resulting from the Synergetic Effect of Mixed P- and O-type Phases.”

For those of you on the go, the Karlsruhe press material breaks it down in plain language, leading off with, “A carbon-based active material produced from apple leftovers and a material of layered oxides might help reduce the costs of future energy storage systems.”

If that sounds a little off the rails, consider that here in the US, researchers have found that bee pollen and pollen from cattails can also yield excellent results. Here’s the rundown from Karlsruhe:

For the negative electrode, a carbon-based material was developed, which can be produced from the leftovers of apples and possesses excellent electrochemical properties. So far, more than 1000 charge and discharge cycles of high cyclic stability and high capacity have been demonstrated.

The research team also points out that the sodium oxides used on the positive electrode are non-hazardous, abundant, and inexpensive. The lab results indicate that the energy storage properties — capacity, voltage, and stability — are the same as that of a lithium-ion battery with cobalt.

As we often say here at CleanTechnica, everything has impacts, and while battery EV technology solves a global warming conundrum, it also involves the use of hazardous materials.

Sodium-ion batteries are not only far more powerful than nickel-metal hydride or lead acid accumulators, but also represent an alternative to lithium-ion technology, as the initial materials needed are highly abundant, easily accessible, and available at low cost.

It would also enable Germany to put its massive amounts of agricultural waste to more productive use, providing the kind of green twofer that extractive industries can’t achieve.

That could explain why US researcher John Goodenough, who is credited with inventing the lithium-ion battery, has been moving on to sodium-ion energy storage. The last time we checked in, he was experimenting with a Lord-of-the-Ringsy sounding mineral called eldfellite with an eye on commercial development.

It’s been a long road — back in 2008, our sister site Gas2.org predicted the replacement of lithium-ion with sodium-ion batteries — but it looks like things are starting to move along. A research team from France also appears ready to crack the sodium-ion code.

For its part, the Karlsruhe team is aiming primarily at the stationary energy storage market, but at least one company, Faradion, has introduced a sodium-ion electric bike as a first step to commercializing the technology for larger vehicles.

Here in the US, the company SimpliPhi has come up with a non-cobalt energy storage solution to challenge the Tesla Powerwall stationary battery (if SimpliPhi doesn’t ring a bell, think LibertyPak and you’re on the right track).

Speaking of Tesla, would or could the forthcoming Tesla Gigafactory convert to new energy storage technology if something superior does emerge? Elon, JB, and crew have said it could. If you have more thoughts about that, leave us a note in the comment thread.