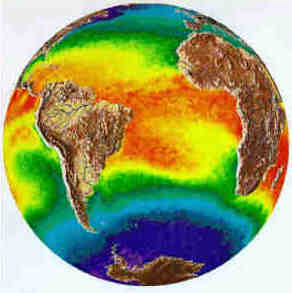 From ENN, news that a couple of Senators, one Republican and one Democrat, are considering the radical step of proposing legislation addressing global warming:

The Republican chairman and the top Democrat on the Senate Energy Committee will introduce legislation this spring aimed at fighting global warming, but their staff see little chance of Congress passing the climate change bill this year….

Sen. Pete Domenici, who chairs the Senate’s energy committee, believes the United States should take a tougher stand. Domenici and his Democratic colleague on the panel, Sen. Jeff Bingaman, jointly issued a “white paper” Thursday listing climate change issues that must be resolved before they can write their bill.

The paper seeks answers to several key questions, including whether the entire U.S. economy or just certain sectors should be regulated in any greenhouse gas program.

The paper notes that no single sector of the U.S. economy, such as transportation or industrial, makes an overwhelming contribution to America’s total greenhouse gas emissions.

“If a key design feature is fairness, then no one sector should be singled out,” the paper says. “An economy-wide approach also allows for ease in seeking the least-cost path to (emission) reductions through trading systems.”

The paper also asked how to allocate emission-reduction credits among industry sectors, like coal-burning utilities and oil refineries.

In a briefing with reporters on Capitol Hill, the lawmakers’ senior staff said the public will be asked to comment on issues raised by the white paper. They said the committee would hold a day-long conference in March to hear from climate change experts and industry representatives.

Domenici and Bingaman plan to incorporate the suggestions into final legislation. Their plan already faces strong opposition from other senators, a large chunk of the House of Representative and President Bush, who opposes mandatory emissions cuts for U.S. companies.

Considering the reticence of all but the most environmentally committed legislators in Washington to even mention that climate change is a reality and poses a problem, this is a really positive development. The only other attempt at such legislation I can remember is the McCain-Lieberman “Climate Stewardship Act,” which didn’t do too badly in a vote before the full Senate (I’m relying on memory, so correct me if I’m wrong). Seems like we should start pushing this now… anyone want to get the ball rolling on supporting this effort? I’ll admit I haven’t read the white paper yet, so my opinion could change…