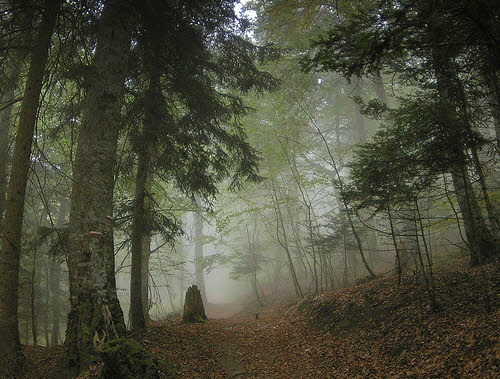 Protecting the earth’s nearly 4 billion hectares of remaining forests and replanting those already lost are both essential for restoring the earth’s health, an important foundation for the new economy. Reducing rainfall runoff and the associated flooding and soil erosion, recycling rainfall inland, and restoring aquifer recharge depend on simultaneously reducing pressure on forests and on reforestation.

There is a vast unrealized potential in all countries to lessen the demands that are shrinking the earth’s forest cover. In industrial nations the greatest opportunity lies in reducing the quantity of wood used to make paper, and in developing countries it depends on reducing fuelwood use.

The rates of paper recycling in the top 10 paper-producing countries range widely, from China and Finland on the low end, recycling 33 and 38 percent of the paper they use, to South Korea and Germany on the high end, at 77 and 66 percent. The United States, the world’s largest paper consumer, is far behind South Korea, but it has raised the share of paper recycled from roughly one fourth in the early 1980s to 50 percent in 2005. If every country recycled as much of its paper as South Korea does, the amount of wood pulp used to produce paper worldwide would drop by one third.

The use of paper, perhaps more than any other single product, reflects the throwaway mentality that evolved during the last century. There is an enormous possibility for reducing paper use simply by replacing facial tissues, paper napkins, disposable diapers, and paper shopping bags with reusable cloth alternatives.

The largest single demand on trees—the need for fuel—accounts for just over half of all wood removed from forests. Some international aid agencies, including the U.S. Agency for International Development (AID), are sponsoring fuelwood efficiency projects. One of AID’s more promising projects is the distribution of 780,000 highly efficient wood cookstoves in Kenya that not only use far less wood than a traditional stove but also pollute less. Kenya is also the site of a solar cooker project sponsored by Solar Cookers International. These inexpensive cookers, made from cardboard and aluminum foil and costing $10 each, cook slowly, much like a crockpot. Requiring less than two hours of sunshine to cook a complete meal, they can greatly reduce firewood use at little cost. They can also be used to pasteurize water, thus saving lives. Over the longer term, developing alternative energy sources is the key to reducing forest pressure in developing countries.

Despite the high value to society of intact forests, only about 290 million hectares of global forest area are legally protected from logging. Forests protected by national decree are often safeguarded not so much to preserve the long-term wood supply capacity as to ensure that they continue to provide invaluable services such as flood control. Countries that provide legal protection for forests often do so after they have suffered the consequences of extensive deforestation, such as in China and the Philippines.

Although nongovernmental organizations (NGOs) have worked for years to protect forests from clearcutting, sustainable forestry is now seen as another way to protect forests. If only mature trees are felled, and on a selective basis, a forest and its productivity can be maintained in perpetuity. In 1997, the World Bank joined forces with the World Wide Fund for Nature to form the Alliance for Forest Conservation and Sustainable Use; by 2005 they had helped designate 55 million hectares of new forest protected areas and certify 22 million hectares of forest. In mid-2005, the Alliance announced a goal of reducing global net deforestation to zero by 2020.

There are several additional forest product certification programs that inform environmentally conscious consumers about the sustainable management of the forest where wood products originate. The most rigorous international program, certified by a group of NGOs, is the Forest Stewardship Council (FSC). Some 88 million hectares of forests in 76 countries are certified by FSC-accredited bodies as responsibly managed.