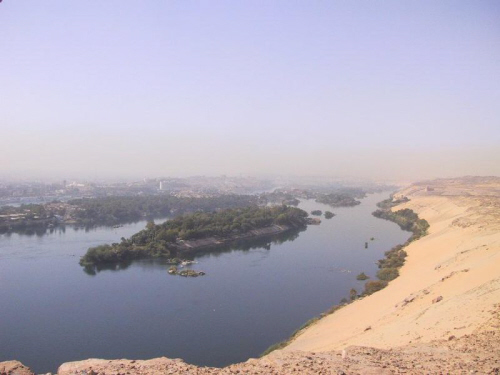 A new scramble for Africa is under way. As global food prices rise and exporters reduce shipments of commodities, countries that rely on imported grain are panicking. Affluent countries like Saudi Arabia, South Korea, China and India have descended on fertile plains across the African continent, acquiring huge tracts of land to produce wheat, rice and corn for consumption back home.

Some of these land acquisitions are enormous. South Korea, which imports 70 percent of its grain, has acquired 1.7 million acres in Sudan to grow wheat — an area twice the size of Rhode Island. In Ethiopia, a Saudi firm has leased 25,000 acres to grow rice, with the option of expanding this to 750,000 acres. And India has leased several hundred thousand acres there to grow corn, rice and other crops.

These land grabs shrink the food supply in famine-prone African nations and anger local farmers, who see their governments selling their ancestral lands to foreigners. They also pose a grave threat to Africa’s newest democracy: Egypt.

Egypt is a nation of bread eaters. Its citizens consume 18 million tons of wheat annually, more than half of which comes from abroad. (See data.) Egypt is now the world’s leading wheat importer, and subsidized bread — for which the government doles out approximately $2 billion per year — is seen as an entitlement by the 60 percent or so of Egyptian families who depend on it.

As Egypt tries to fashion a functioning democracy after President Hosni Mubarak’s departure, land grabs to the south are threatening its ability to put bread on the table because all of Egypt’s grain is either imported or produced with water from the Nile River, which flows north through Ethiopia and Sudan before reaching Egypt. (Since rainfall in Egypt is negligible to nonexistent, its agriculture is totally dependent on the Nile.)

Unfortunately for Egypt, two of the favorite targets for land acquisitions are Ethiopia and Sudan, which together occupy three-fourths of the Nile River Basin. Today’s demands for water are such that there is little left of the river when it eventually empties into the Mediterranean.

The Nile Waters Agreement, which Egypt and Sudan signed in 1959, gave Egypt 75 percent of the river’s flow, 25 percent to Sudan and none to Ethiopia. This situation is changing abruptly as wealthy foreign governments and international agribusiness firms snatch up large swaths of arable land in the upper Basin. While these deals are typically described as land acquisitions, they are also, in effect, water acquisitions.

Now, when competing for Nile water, Cairo must deal with several governments and commercial interests that were not party to the 1959 agreement. Moreover, Ethiopia — never enamored of the agreement — has announced plans to build a huge hydroelectric dam on its branch of the Nile that would reduce the water flow to Egypt even more.

Because Egypt’s wheat yields are already among the world’s highest, it has little potential to raise its land productivity further. With its population of 81 million projected to reach 101 million by 2025, finding enough food and water is a daunting challenge.

Egypt’s plight could become part of a larger, more troubling scenario. Its upstream Nile neighbors — Sudan, with 44 million people, and Ethiopia, with 83 million — are growing even faster, increasing the need for water to produce food. Projections by the United Nations show the combined population of these three countries increasing to 272 million by 2025 — and 360 million by 2050 — from 208 million now.

Growing water demand, driven by population growth and foreign land (and water) acquisitions, are straining the Nile’s natural limits. Avoiding dangerous conflicts over water will require three Basin-wide initiatives. The first is for governments to address the population threat head-on by ensuring that all women have access to family planning services and by providing education for girls throughout the region. The second is to adopt more water-efficient irrigation technologies and shift to less water-intensive crops.

Finally, for the sake of peace and future development cooperation, the nations of the Nile River Basin should come together to ban land grabs by foreign governments and agribusiness firms. Since there is no precedent for this, international help in negotiating such a ban, similar to the World Bank’s role in facilitating the 1960 Indus Waters Treaty between India and Pakistan, would likely be necessary to make it a reality.

None of these initiatives will be easy to implement, but all are essential. Without them, rising bread prices could undermine Egypt’s revolution of hope and competition for the Nile’s water could turn deadly.

Lester R. Brown is President of the Earth Policy Institute and author of World on the Edge. Data and additional resources at www.earth-policy.org.