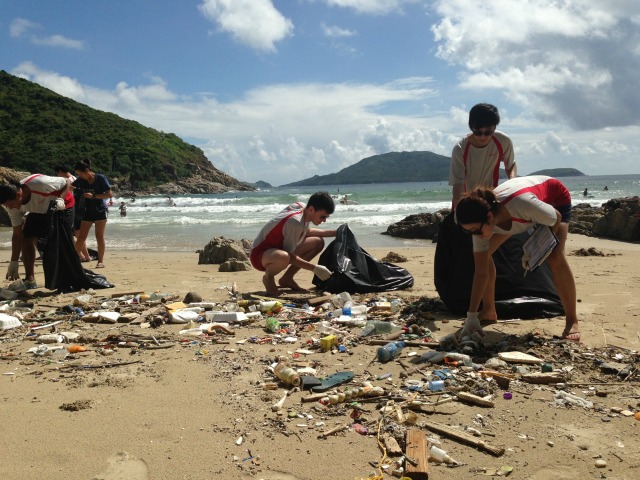 I have trouble imagining cleaning up my whole house in one day, so picking up all the trash dumped illegally all over the world in that time frame seems like an impossible goal. But I’d also say that for smaller areas – say, small countries – and (as you’ll see in the video below), Estonia proved me wrong way back in 2008.

Turns out, dumping one’s household trash in the forest was a common practice there. A group of people concerned with all of the waste that had built up decided to not only challenge their fellow Estonians to clean it up… but to do so in a single day! It worked: on May 3rd, 2008, the first Let’s Do It! event mobilized over 50,000 people to pick up trash… over 10,000 tons of trash in 5 hours. From there… well, watch this promo video from last year’s clean-up to see how this movement grew:

Pretty impressive, huh! On Saturday – this Saturday, May 2 – Let’s Do It! groups will pick up trash again in Estonia… but this time, that’s just one event of many taking place around the globe on a variety of dates. And while many of these events look a lot like the Estonian clean-up, Let’s Do It! has morphed into a broader community empowerment effort engaging in a range of volunteer environmental activities.

But What Happens to All That Trash?

That’s my biggest question right now: all of that trash collected doesn’t just go to the landfill… does it? Right now, I don’t have any information on this, and can’t find it on the Let’s Do It! global website. I will say that there’s a lot of information on reuse, recycling, composting, etc., in the website’s content, and would assume that they find the most sustainable disposal options for the collected trash. Some of the NGO partners listed give me hope on this front: among them, 350.org, the United Nations Environment Programme, and the Plastic Pollution Coalition. I’ve got a note in to their public relations people, and will update when I get information.

Are you, or have you, participated in a Let’s Do It! event? It looks like something that takes place primarily outside of the US – if I’m overlooking events here, let me know.

UPDATE: So, I heard back from the folks at Let’s Do It! Global, and, of course, the answer is “yes.” See, I’m an American, so we assume recycling’s optional – it’s required in Europe, so it didn’t require mentioning. At the first event in 2008, 80% of the material collected was recycled. And this year, the Estonian event will focus specifically on collecting paint for reuse, specifically for painting animal shelters in the country.

Photo credit: Let’s Do It!