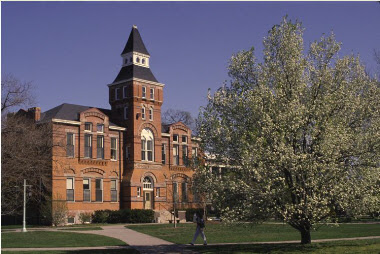 On Friday morning, the Association for the Advancement of Sustainability in Higher Education announced the winners of its annual Campus Leadership Sustainability Awards, and Michigan State took tops honors in the category for four-year and graduate institutions with over 7,500 full-time students. The awards, which were announced at the organization’s biennial Greening of the Campus conference (held this year at Indiana’s Ball State University), “recognize institutions that have demonstrated an outstanding overall commitment to sustainability in their governance and administration, curriculum and research, operations, campus culture, and community outreach.”

According to AASHE’s press release announcing the awards, Michigan State

…has adopted environmental stewardship as a major component of its campus vision. The University has committed to 2% annual reductions in greenhouse gas emissions through participation in the Chicago Climate Exchange. MSU has committed to meet LEED standards for new buildings and has the lowest electrical consumption per square foot among the Big Ten universities. The University has a wide variety of academic programs and research initiatives related to sustainability, and five times more courses on sustainability are offered this year than in 2000. To coordinate its efforts, Michigan State employs a director of campus sustainability, a campus environmental management systems manager, energy and environment engineer, solid waste coordinator, and an environmental stewardship project coordinator.

A look around the web site of MSU’s Office of Campus Sustainability shows a wealth of opportunities for learning about sustainability, and acting upon that knowledge: several speakers series, a “Striding to a Better Future” week in October, and a fund for student-initiated sustainability projects (in PDF). Earlier this year, the university received an “A” from the Sustainable Endowments Institute for its administration’s commitment to sustainability on campus; like many schools, though, it received an “F” for endowment transparency and shareholder engagement. The debate over the application of sustainable management practices to university endowments will continue, I imagine; it’s good to see, though, that MSU has taken such a comprehensive approach to integrating sustainability into both academics and campus operations management.