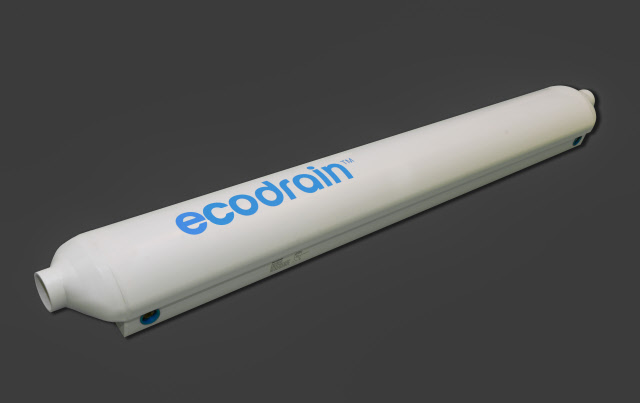 Do you enjoy a good hot shower? Who doesn’t, right? But any good greenie knows that you’re also using up precious resources: not just water, but also energy. Water heating’s a pretty energy-intensive proposition, as water itself can absorb an awful lot of heat… so it takes lots of energy (relatively) to get it to the temperature necessary for that steamy shower.  And that’s all you get for that energy: once that water heads down the drain, the heat and energy goes with it. That hot shower doesn’t just feel luxurious… it is!

What if you could recapture and reuse some of that heat energy? The technology’s actually existed to do this for some time, but mostly at large scales. There are options for your shower water, but they’ve traditionally been expensive and fairly inefficient. The EcoDrain (which one of my PR buds pointed out to me) claims to overcome the hurdles traditionally associated with in-home heat recovery, allowing the homeowner to earn back some of the cost of the unit. Here’s the company’s video explanation of how the EcoDrain works:

Interesting, huh? Because colleague Derek Markham already covered the EcoDrain over at Treehugger, I’ve also gotten a sense of the objections people might raise… such as “wouldn’t it get clogged up with hair and such?” The engineer who created the heat exchanger, David Velan, claims “The drain water flows over a flat plate and then out a streamlined end cap. There is nothing inside the device that will trap hair,” and that no issues have arisen in over a year with installed EcoDrains.  Some are also quibbling about the rate of payback expected from the device, but that’s math… I’ll let others answer that.

The company also claims ease of installation as a benefit – if you’re a plumber, or someone who’s got the chops to work on his/her own plumbing, let us know what you think – would you have a fairly easy time installing the EcoDrain?