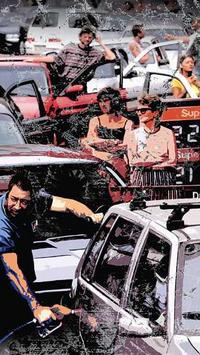 I got something in my inbox tonight that may be a first: a press release from another blog. While I always look at press items that come from various groups and companies, I’m usually skimming by the end. Not this time: the folks at the Oil Drum have put together a pretty powerful indictment of the rhetoric coming out of Washington in response to high gas prices, and make some meaningful suggestions that are apparently beyond the average politician’s imagination:

Leaders of both political parties are expressing concern about the high price of gasoline. President George Bush announced yesterday that he was suspending deliveries to the Strategic Petroleum Reserve in order to make more oil available to consumers as well as putting on hold the traditional regulations requiring additives to make fuel burn cleaner during the summer driving season.

Meanwhile, Democratic leaders have had their own response to rising gas prices. Senate Minority Leader Harry Reid has announced his support for the Menendez Amendment, which would “provide more than $6 billion in relief directly to the American people by eliminating the federal tax for both gas and diesel for 60 days.” Senator Charles Schumer recently called for a federal investigation to determine whether oil companies are withholding gasoline production, and House Minority Leader Nancy Pelosi has blamed high gas prices on the administration’s cozy relationship with the oil companies, price gouging, and royalty relief. …

We strongly feel that the leaders of both political parties are not only headed in the wrong direction with respect to gas prices, but we also worry that they fundamentally misunderstand the factors behind the current situation at gasoline stations around the US. Public statements by political figures over the past several days would seem to suggest that oil companies and their record profits are the sole factor determining the price of gasoline. Not only is this untrue, but it is dangerous to give the American people the impression that only oil companies are to blame. The American people need to understand that the phenomenon of high gas prices cannot be attributed to a single source. They also need to understand that no one political party will be able to fix our current woes.

That’s just a small portion of the release they wrote — definitely read the rest. Ultimately, they argue that our fearless leaders lack either the courage or the vision to address our “addiction to oil” in a meaningful manner. While we shouldn’t let oil companies off the hook (they’re certainly not innocent), we need to look beyond the “summer driving season,” and the various band-aid fixes, and listen to the story the markets are telling us. Competition for oil is fiercer, the supply more precarious, and the regions from which it comes more volatile. None of those factors are going to change in the near term. Some will certainly start screaming for drilling in ANWR (again), but there’s no short-term relief to be found there, and not much in the long term. Perhaps its time to dust off Jimmy Carter’s plans from the seventies — it’s a shame it took us so long to recognize their wisdom. A combination of systematic conservation and real investment in alternative, renewable sources is the best bet we’ve got. Some in the business sector seem to get it — maybe they can sit their political pawns down and have a “come to Jesus” discussion… We can hope, can’t we…?