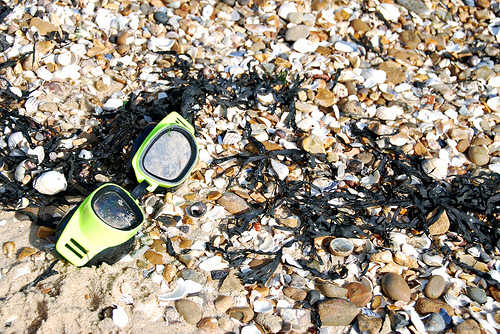 Pacific Gas & Electric’s (PG&E) newly qualified ballot initiative will lock in high rates by killing honest competition from outside energy providers. California law allows communities to purchase power on the open market. PG&E wants to stop local communities from exercising their constitutional right to cleaner and cheaper alternatives. The signature verification process has just been completed and the measure will appear on the June 8, 2010 California ballot. The Constitutional Amendment required 763,790 valid signatures in order to qualify by random sample. On January 12, the California Secretary of State confirmed they had 787,071. To date, PG&E is the sole financier of investing more than $3 million thus far. They want us to wear green goggles.

In the Wizard of Oz book, the first Dorothy and her friends saw of the Emerald City was a beautiful green glow in the sky before them. As they walked on, the green glow became brighter and brighter, and they came to the great bright green wall that surrounded the City. It was there they first encountered the gatekeeper, a little man clothed all in green; even his skin had a greenish tint.

When Dorothy explained they had come to see the Wizard, the gatekeeper insisted that they wear the green goggles.  He explains “if you did not wear spectacles the brightness and glory of the Emerald City would blind you. Even those who live in the City must wear spectacles night and day. They are all locked on, for Oz so ordered it when the City was first built, and I have the only key that will unlock them.”  He proceeded to fit spectacles on Dorothy and her friends, and even on little Toto; and then locked them on.

The gatekeeper then opened another gate, and they all followed him through the portal into the streets of the Emerald City. Even with the green spectacles, Dorothy and her friends were dazzled by the brilliancy of the Emerald City. Streets were lined with green marble houses and green marble pavement. Window panes were green glass; even the sky had a green tint, and the sun rays were green. There were many people dressed in green clothes and with greenish skin. Everything in the stores was green. Green candy and green pop corn, green shoes, green hats, and green clothes of all sorts. Green lemonade paid for with green pennies.

Unfortunately, Dorothy and her friends were sent away by Oz on what he thought was an impossible mission: kill the Wicked Witch of the West.  When Dorothy and friends return after dissolving the witch, they discover that the Wizard of Oz is a fraud, and that the Emerald City is not really green.  Oz explains “Just to amuse myself, and keep the good people busy, I ordered them to build this City… Then I thought, as the country was so green and beautiful, I would call it the Emerald City; and to make the name fit better I put green spectacles on all the people, so that everything they saw was green.”

As it turns, The Emerald City is no more green than any other city. “But,” as Oz explains “when you wear green spectacles, why of course everything you see looks green to you… My people have worn green glasses on their eyes so long that most of them think it really is an Emerald City.”

Meanwhile, nascent Community Choice Energy programs across the state are signaling their intent pursue 50% renewable power by 2017 and to build significant amounts of electricity locally, which creates clean energy jobs for residents.  Despite withering and possbily illegal opposition for the deep pocketed PG&E, Marin and San Francisco are first out of the gate, moving forward with Community Choice.  In the face of competition from Community Choice and Public Power, PG&E is pushing a law to prevent competitors from the playing field.

By killing honest competition from municipal utilities and community choice energy programs, PG&E will have a free hand to raise rates and hamper the adoption of clean energy produced here in California. Rather than moving away from expensive and dirty power, PG&E wrote their initiative to put the kabosh on letting California communities provide competitively priced energy that is significantly cleaner than PG&E’s.

This amendment to the California Constitution would require an extraordinarily high 2/3 vote of the people in order to expand municipal electric companies (like those in Alameda or Sacramento) or to create Community Choice Energy programs (like those being launched in Marin and San Francisco).

Rather than break its addiction to fossil fuels, PG&E is attempting to lock ratepayers into its already high rates as well as future rate increases. The PG&E Power Grab, in short, will use money and political clout to jam through a ballot initiative that creates an undemocratic 2/3 vote barrier to local governments’ efforts to provide renewable energy choices to their communities.  PG&E’s board authorized the company to spend $30M on the initiative.

Were it not for PG&E’s deep pockets and robust PR machine, such audacity would be laughable. But given the realities of corporate power and media obfuscation, a mass mobilization of voters will be required to beat back this fossilized monopoly protection scheme.

Opposition to the Power Grab

The Taxpayers Against the PG&E Powergrab PAC, sponsored by Local Power Inc. and The Utility Reform Network, is mounting the counter campaign.

“The law should protect consumer choice, not prevent it,” said The Utility Reform Network (TURN) executive director Mark Toney.  “PG&E wants to buy themselves a constitutional amendment that will stop people from being able to chose clean, green and affordable energy. If they succeed, Californians will be stuck with PG&E’s high rates forever.”

In addition, San Francisco City Attorney Dennis Herrera recently filed a petition with the California Public Utilities Commission asking for tighter rules against PG&E interference with Community Choice programs which mentions the ballot initiative. San Francisco Sup. Ross Mirkarimi is working with other local jurisdictions to mount a political campaign against the ballot initiative but local government is severely limited in what actions they can take.

Dave Room co-founded Bay Localize.  He serves as the coordinator of the Local Clean Energy Alliance (LCEA) which is actively opposing the PG&E Power Grab. The LCEA is growing  alliance of Bay Area green businesses, nonprofits, labor unions, and community groups to advance strong climate action strategies throughout our region, while creating thousands of local clean energy jobs for those who need them most. In 2007, Bay Localize, Pacific Environment and the Sierra Club formed the Local Clean Energy Alliance. This year, with nearly 50 members strong, the alliance convinced the City of Oakland to commit to one of the strongest greenhouse gas reduction goals in the U.S. – 36% below 2005 levels by 2020, while ensuring channels for public input in the city’s climate action planning process.