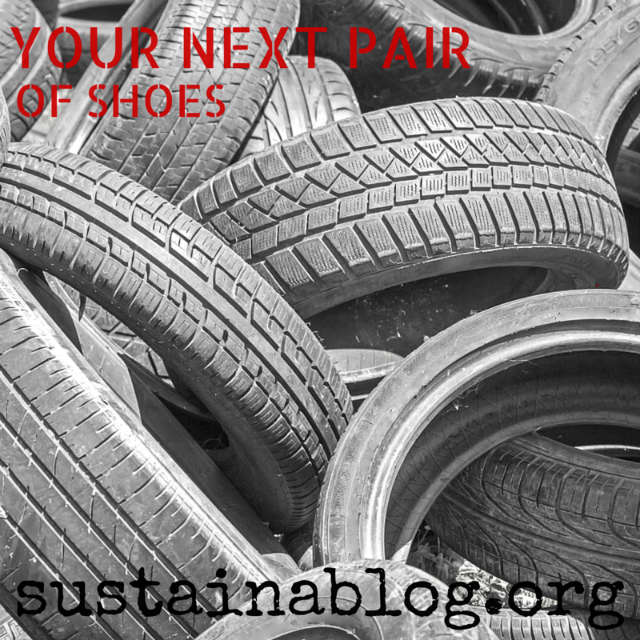 I’ve been a fan of Timberland for years… both their products (there’s a pair of Timberland boots on the floor in my room right now), and their efforts to do business more responsibly. So, I’m kind of used to hearing that they’re doing something good… but this story surprised even me. Timberland, the footwear maker, is getting into the tire business.

While that may strike you as a head-scratcher, it’s actually a really smart move from the shoe company: tires and footwear account for much of the rubber used by industry. So, Timberland has partnered with Singapore-based tire manufacturer Omni United to create three lines not only designed for cars and light trucks, but also for recycling into shoe soles once they’re reached the end of their useful life. The concept: prevent as much downcycling or landfilling of tires as possible by “building in” a specific recycling use.

Announced at the recent Specialty Equipment Market Association automotive trade show in Las Vegas, this partnership reflects a ton of thought and planning: no one’s going to buy these tires if the process of recycling them is too cumbersome. So Timberland and Omni United not only created a rubber formulation designed both for the tires themselves and their planned second lives as shoe soles, but also lined up a recycling partner, established processes for auto shops to return the tires, and developed a system for best recovering and recycling the rubber in a manner that works for making shoes and boots. Nearly all of the manufacturing and recycling of Timberland Tires will occur in the US and North America.

Don’t go shopping for them quite yet: the Timberland CROSS tire (for small SUVs and crossovers) won’t be available until next Spring, and models for larger trucks and cars will roll out later next year, and into 2016. The first recycling likely won’t occur until late 2017, as the tires will be warrantied for 50-80,000 miles.

While recycling campaigns that tie materials and recycled products together are nothing new, the Timberland Tire takes this a step further by designing the product for its first and second lives. No doubt both companies will get some marketing juice out of this (witness, for example, this post), but this strikes me as a definite step forward in product design.

Know of other products designed around their recycling? Share them with us…