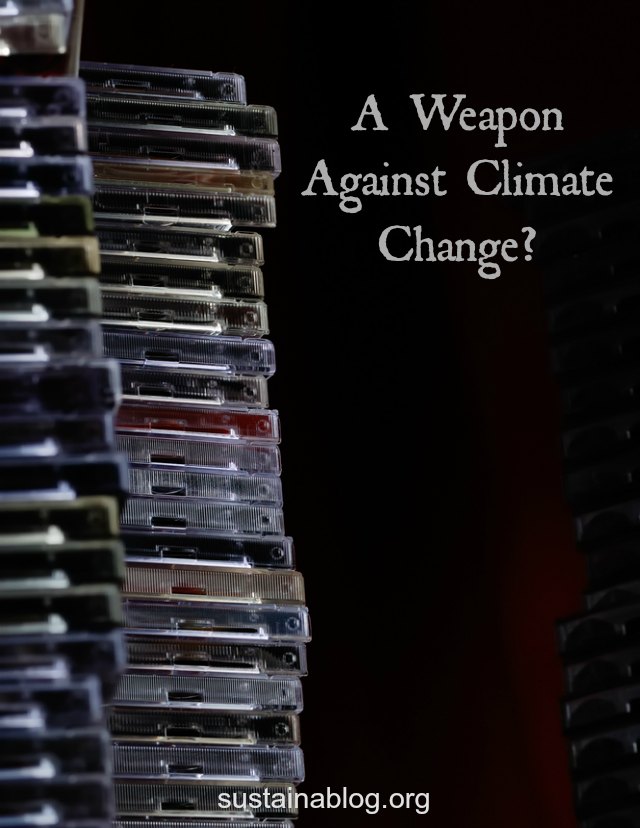 Got a stack of used CDs or DVDs lying around, and not getting much use? While not all of us have gone completely over to downloading or streaming our music, movies, and television shows, many have. And while many owners find buyers for their used media online, no doubt the demand for such physical products will continue to decline. I can’t find firm numbers, but I’m certain that millions of these discs end up in landfills every year.

CDs and DVDs can be recycled, but not as easily as many other materials – generally, you’d have to mail them to a recycler. Likely, that stems from low demand for these materials; a new use for them, though, could drive demand up. A new article in ACS Sustainable Chemistry and Engineering points to one possibility: turning these plastic discs into activated carbon (aka activated charcoal). This material has all sorts of identified uses in industrial and manufacturing, but lead researcher Mietek Jaroniec and her colleagues believe that the kind of activate carbon created from used CDs and DVDs could work well for carbon capture: “The researchers processed disc fragments into two kinds of activated carbon with high surface areas and large volumes of fine pore. These key characteristics allowed the materials to capture carbon dioxide. They also adsorbed hydrogen gas and benzene, a carcinogenic compound used in industrial processes.” The material could also serve to separate volatile organic compounds, and store hydrogen gas.

I’m assuming that the activated carbon would serve as a component of some kind of industrial filtering mechanism, but I’m quickly getting out of my area of expertise. Know more about the functions such a material could perform? Share your thoughts with us in the comments.