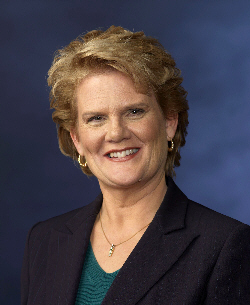 Can a company that manufactures copy machines, and sells more paper than any other single brand, really walk the talk on sustainable business practices?

That question framed my response to an offer to talk with Patty Calkins, Vice President of Environment, Health and Safety at Xerox Corp. After all, don’t copy machines “[consume] vast amounts of water, paper, and energy…?” I’ve seen numerous press releases on environmental issues from the company whose name is now synonymous with “photocopying,” but I was still skeptical: isn’t this still a business model built on heavy inputs of energy and paper?

Patty and I talked on the phone last Wednesday (April 9), and, as in other situations, my reservations were addressed directly and concretely. I had forwarded a version of the above question prior to our talk, so she was ready for me. Among the company initiatives she detailed for me:

“Walking the talk” isn’t simply a PR phrase for the company, according to Patty, but a conceptual foundation for how they do business. That “walk,” of course, isn’t simply based on altruism: the company sees real opportunities to create value through implementing sustainable business practices.

Of course, Xerox (like other large corporations) has been targeted by activist organizations directly and indirectly: Greenpeace ultimately praised the company’s decision to stop “stop using fibre from Sámi Reindeer Forests in northern Finland” in 2005 after a campaign; the Rainforest Action Network claimed (also in 2005) that Xerox supplier Weyerhaeuser’s logging practices violated “the legal, social and ecological commitments that allow them to log on public lands in the province of Saskatchewan,” despite the Canadian Standards Association’s certification of those practices as “sustainable forestry.” While that RAN campaign didn’t target Xerox directly, it did call into question the validity of CSA certification. The Saskatchewan Forest Service denied any illegal operations in the forest (though RAN claimed SFS “selectively enforces its laws…”)

Ultimately, some will judge Xerox by its response to activist campaigns. Overall, though, their approach to the sustainability of their business is based on a solid foundation : measurable goals that apply across the supply chain and lifecycles of products they sell and lease. I got the sense from Patty that the company was engaged in an ongoing learning process, and working creatively to locate (and relocate… constantly) the nexus between sustainability and value creation. Issues will come up, of course, in part because the company has publicly declared its commitment to greener practices. They’ve clearly set themselves on the path, though… and that’s worth praising.

Want to take some small steps to green your office? Browse our selection of recycled paper.