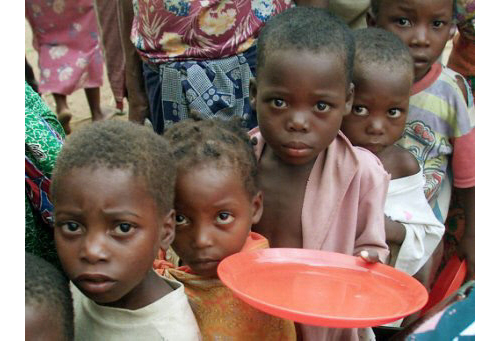 One of our legacies from the last century, which was dominated by two world wars and the cold war, is a sense of security that is defined almost exclusively in military terms. It so dominates Washington thinking that the U.S. foreign affairs budget of $701 billion in 2009 consisted of $661 billion for military purposes and $40 billion for foreign assistance and diplomatic programs.

But the situation in which we find ourselves pushes us to redefine security in twenty-first century terms. The time when military forces were the prime threat to security has faded into the past. The threats now are climate volatility, spreading water shortages, continuing population growth, spreading hunger, and failing states. The challenge is to devise new fiscal priorities that match these new security threats.

Douglas Alexander, former U.K. Secretary of State for International Development, put it well in 2007: “In the 20th century a country’s might was too often measured in what they could destroy. In the 21st century strength should be measured by what we can build together.”

The good news is that in the United States the concept of redefining security is now permeating not only various independent think tanks but the Pentagon itself. A number of studies have looked at threats to U.S. interests posed by climate change, population growth, water shortages, and food shortages—key trends that contribute to political instability and lead to social collapse.

Although security is starting to be redefined in a conceptual sense, we have not redefined it in fiscal terms. The United States still has a huge military budget, committed to developing and manufacturing technologically sophisticated and costly weapon systems. Since there is no other heavily armed superpower, the United States is essentially in an arms race with itself. What if the next war is fought in cyberspace or with terrorist insurgents? Vast investments in conventional weapons systems will be of limited use.

The far-flung U.S. military establishment, including hundreds of military bases scattered around the world, will not save civilization. It belongs to another era. We can most effectively achieve our security goals by helping to expand food production, by filling the family planning gap, by building wind farms and solar power plants, and by building schools and clinics.

We can calculate roughly the costs of the changes needed to move our twenty-first century civilization off the decline-and-collapse path and onto a path that will sustain civilization. This is what we call “Plan B.” What we cannot calculate is the cost of not adopting Plan B. How do you put a price tag on social collapse and the massive die-off that it invariably brings?

When we crunch the numbers, the external funding needed to eradicate poverty and stabilize population requires $75 billion per year beyond what countries around the world are already spending. These measures will also help prevent state failure by alleviating its root social causes.

Meanwhile, efforts to eradicate poverty and rescue failing states that are not accompanied by an earth restoration effort are doomed to fail. Protecting topsoil, reforesting the earth, restoring oceanic fisheries, and other needed measures will cost an estimated $110 billion in additional expenditures per year.

Combining both social goals and earth restoration goals into a Plan B budget yields an additional annual expenditure of $185 billion. This is the new defense budget, the one that addresses the most serious threats to both national and global security. It is equal to 12 percent of global military expenditures and 28 percent of U.S. military expenditures. Given the enormity of the antiquated military budget, no one can argue that we do not have the resources to rescue civilization. (For more details on the required spending see Chapters 10 and 11 in World on the Edge: How to Prevent Environmental and Economic Collapse.)

For less than $200 billion of additional funding per year worldwide, we can get rid of hunger, illiteracy, disease, and poverty, and we can restore the earth’s soils, forests, and fisheries. We can build a global community where the basic needs of all people are satisfied—a world that will allow us to think of ourselves as civilized.

Adapted from World on the Edge by Lester R. Brown. Full book available online at www.earth-policy.org/books/wote