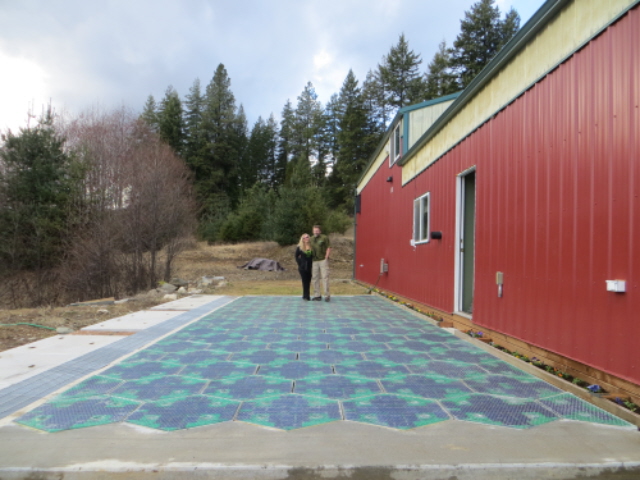 Each year, technology and innovative advancement brings humanity a step closer to a much more sustainable existence. From renewable energy to improved methods for cultivating food and consumer products, science is lending a hand to enhance humanity’s way of life. Although many are aware of the developments of the recent past, there are many sustainable innovations that are developed without all the pomp and circumstance. What innovative ideas have been developed in 2014 that you may have missed?

1. Redefining Solar Cells – In Australia, Professor Stuart Wenham uncovered a method to control hydrogen atoms in order to compensate for the deficiencies in silicon. This material is one of the more expensive aspects to developing solar cells and a higher quality of silicon is more productive in collecting light in photovoltaic technology. The mechanism is capable of improving poor quality silicon to become as efficient if not more so than the more pure counterpart. This would decrease the cost of solar panels greatly since high quality silicone would no longer be a valued commodity.

2. Wastewater Capabilities – Cambrian Innovation installed its first EcoVolt device which allows for electrically charged microbes to treat wastewater while creating power. The company is currently working on similar devices to be used in various fields such as agricultural and military capacities. The company is also developing plans to convert carbon dioxide into fuels for use on the planet as well as space exploration. Bioelectric treatment units are capable of creating biogas at a rate of 100 cubic feet per minute as the electricity interacts with the microbes while carbon dioxide is consumed simultaneously, creating a more pure fuel source.

3. Walmart’s Commitments – In the 2014 Sustainability Product Expo, Proctor and Gamble, Walmart’s product partner announced championing two methods for improving sustainability in products. The first is a method to help consumers recycle more products rather than tossing them in the trash for the landfill. The second is a more intricate plan that can decrease the amount of water that is used in product development. By decreasing the water used in manufacturing liquid laundry detergents, the company will save more than 45 million gallons of water in the United States. This could also decrease plastic bottle use as formulas will be more concentrated increasing the number of loads that can be washed using a single unit.

4. Earthwards Recognition – Proctor and Gamble isn’t the only organization concerned with innovative sustainability. Johnson and Johnson awards employees directly participating in sustainable improvements made to the various products under the brand name. This includes everything from Band-aids to Sterilmed Trocar devices that are recycled and reused.

5. Solar Roadways – Developing solar roadways has been talked about for quite some time and the possibilities are great for more than just clean energy. Scott and Julie Brusaw launched an Indiegogo.com project recently to begin developing this idea and have accumulated two million dollars in pledges. If the couple can begin laying the foundation for an ice-free, solar-collecting, road way, they could become pioneers in a new way of developing streets across the United States. If the project is successful, it could cut greenhouse gasses by 75 percent. Editor’s note: While the criticism of this project has lightened up over the years, there are a few detractors still out there…

Technology continues to advance at an incredible rate. As each improvement has the capacity to benefit devices and techniques in other fields, humanity comes ever closer to realizing a healthier existence. With the planet changing climates at an alarming rate, reducing the impact humanity has had on the planet is more important than ever. With leaps and bounds, what innovative plan will be set into motion next year?

Ken Myers is a father of three and passionate about great childcare. He’s always looking for ways to help families find the support they need to live fuller, richer lives. Find out more about expert childcare by checking out @go_nannies on Twitter.