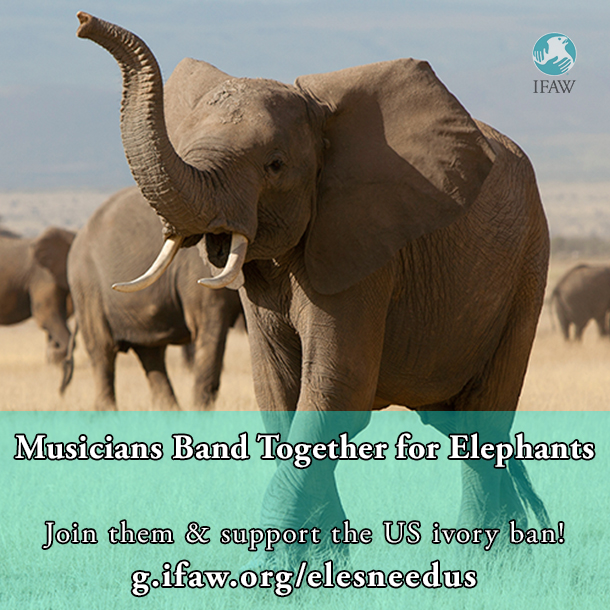 Heard the one about the Obama administration wanting to confiscate musicians’ instruments when they return from international tours, auditions, etc.? If you’ve spent any time following right-wing media in April, you probably have… and not as a joke. Sites like The Daily Caller claim that the new regulations from the U.S. Fish and Wildlife Service designed to fight the international ivory trade  have “made it nearly impossible for orchestras, symphonies and individual performers to travel with [their instruments].” Translation: those silly liberals in the White House care more about elephants than working musicians.

Yep, this sounds a bit overly-simplistic, but there are musicians worried about losing very expensive and treasured instruments, according to the Washington Post. It also has many of them concerned about merely owning such instruments, or attempting to sell them.The Obama administration has issued a revision to the rules to ensure that musicians don’t have to fear having their instruments taken away in any of these cases, but the word about that hasn’t traveled quite as quickly (imagine that!).

The International Fund for Animal Welfare wants to give the real story of the ivory ban a bigger push, and figured a musician might be the best person to speak to the rules involving instruments. So drummer Matt Sorum, who’s played for bands ranging from the Cult, to Guns ‘n’ Roses, to Velvet Revolver, and who’s passionate about wildlife and environmental issues, wrote an open letter to his fellow music makers explaining the regulations concerning ivory on instruments. According to Sorum.

Yes, there are downsides:  the owner of an instrument will have to put that information together, and could lose some value by replacing the ivory on an instrument. Sorum reminds his colleagues

[The threat of elephant extinction] is an issue that needs the attention and support of the music community. We need to be a part of the solution, not the problem.  As much as we all love our instruments, they are in the end just things – not worth contributing to the demise of a species.

A number of musicians, ranging from Sorum’s former bandmates Slash and Duff McKagan, to bass and vocals legend Glenn Hughes, to alt rocker Moby, have showed their support for this campaign on Twitter. Sorum and IFAW encourage reader to share their support of the current ivory trade ban with President Obama.

Are you a musician with an instrument that contains some ivory? Do you think the current regulations safeguard your ownership of your instrument(s) while also addressing the illegal trade in ivory (which funds, among others, criminal syndicates and terrorists)? Share your thoughts with us.