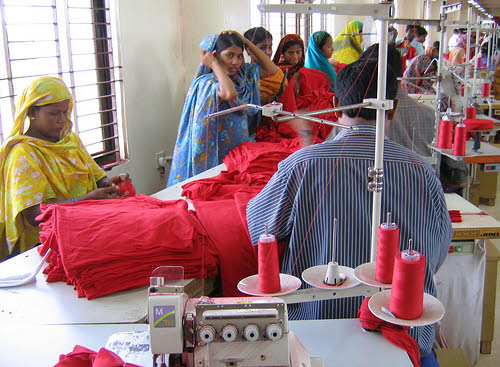 A staggering 99 percent of the footwear and 98 percent of the clothing sold in big box stores and retail shops in America is made abroad, according to the American Apparel and Footwear Association. If you don’t believe me then check the tag on your shirt. Where was it made? Honduras? India? Bangladesh?

Clothing manufacturers all over the world are making our favorite looks and styles; yet, many consumers aren’t aware or concerned with the unfair wages and unsafe working conditions for most of the international garment factory labor force. In fact, a major newspaper interviewed shoppers as they exited their favorite stores to ask if they had heard the news of several factories catching fire and/or collapsing with workers trapped inside in Bangladesh. Thirty-five percent of shoppers said they hadn’t heard any news about the devastating events and another 48 percent had heard a little. If you’ve missed these headlines in your continuously flooded news feeds, I’ll fill you in.

Bangladesh is the world’s second largest clothing exporter behind China. The $18 billion industry employs more than 4 million people, most of which are impoverished women. Several factories that make ready-to-wear apparel for many top American retailers have been the focus of global scrutiny for the following incidents:

November 24, 2012: A fire tore through a Tazreen Fashion factory and 112 workers lost their lives. Many others were injured and hospitalized. The factory lacked emergency exits and failed to meet electrical and safety protocols to ensure workers’ safety.

April 24, 2013: An eight-story building housing several garment factories in Rana Plaza, which is located near the capital city of Dhaka, collapsed and over 1,100 people were killed and many others were injured and hospitalized. This was one of the deadliest industrial accidents since the Bhopl disaster in India in 1984.

May 8, 2013: A fire broke out in an eleven-story garment factory in Dhaka and killed eight workers. The electrical system was in progress of being repaired.

While I only listed the incidents which have recently occurred in Bangladesh, these calamities continue to happen in places throughout the world, including Pakistan, Cambodia and the Philippines. They spur the outcry of family members, activists, world leaders and over a million citizens. More so, they pose the critical questions of, “How can the fashion industry and its consumers prevent this from happening again” and “How can my clothing purchases ensure safer working conditions and fair wages for those making them? 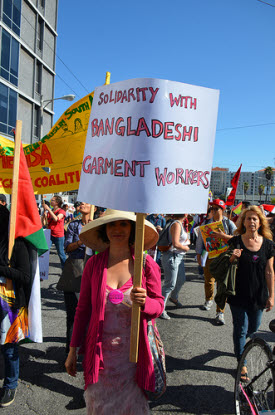 In response to the news of the tragedies in Bangladesh, many retailers have signed the Clean Clothes Campaign’s Accord on Fire and Building Safety, which will make companies liable if a factory fire occurs, publicly report fire hazards at factories, finance renovations, sponsor fire-safety training and more. You can see the complete list of companies who’ve signed the accord here.

The South Asian country’s government also has approved labor law changes, which will make it easier for workers to form unions to demand higher wages and safer work conditions among other benefits. Families of victims killed or hurt in Rana Plaza’s incidents also have been promised compensation for pain, suffering and loss of long-term earnings. But there is still more shoppers can do to help.

If you know of more ways we can stand in support of garment factory workers around the world, leave me a note in the comment section.