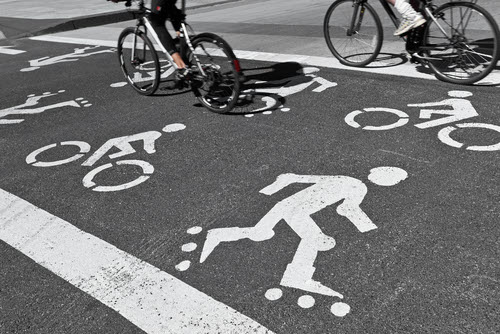 A few months ago, I took note of Jay Walljasper’s arguments for public investment in bicycling infrastructure: in short, government spending on trails and bike lanes pays off in terms of increased ridership. That’s a good thing, of course — people are emitting less carbon and getting more exercise — but what about financial payoff? Isn’t that the ultimate goal of investment?

We can argue about what kind of return public investment should seek, but we may not have to in this case: a new study from the London School of Economics shows that bicycling creates economic growth in the UK: about £230 per cyclist per year, or £2.9 billion for the British economy as a whole. Among the drivers of this growth:

So, does this represent a huge segment of overall economic growth in the UK? Probably not. But it does represent a measurable return in terms of jobs created and tax revenues generated… in short, a solid investment.

Of course, we can’t just transpose this scenario on other countries, but we’ve also seen evidence of the economic benefits created by building bicycling infrastructure in the United States: the Political Economy Research Unit’s findings that, in at least one case, the building of bike infrastructure created more jobs than road construction.

Yes, there are plenty of folks out there (maybe even a few reading this right now) that will see “government spending,” and immediately respond with “That’s bad…” But if we’re seeing financial payback from that spending — in addition to lower carbon emissions, cleaner air, and healthier citizens — isn’t that exactly the kind of “spending” we want? Doesn’t that represent fiscal responsibility?

I’ve read through the report, but no doubt didn’t pick up every detail the first go-through… so if you see something that needs highlighting, do so…